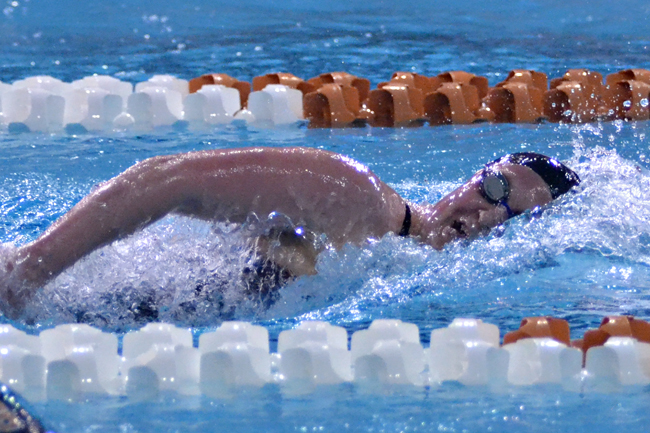 The NCAA Championships will begin Thursday and run through Saturday night at the University of Minnesota’s aquatic center. Nine swimmers and three divers will represent the No. 6 Longhorns. Along with those individuals, all five of Texas’ relay teams qualified for the championships.

The Longhorns are well acquainted with the NCAA Championships, having won seven in their history, in addition to three second place finishes, and reaching a meet-record 746 points in 1991. As if that isn’t enough, the Longhorns will be led by senior All-Americans Ellen Lobb, Samantha Tucker and Lily Moldenhauer, making their fourth consecutive appearance in the NCAA Championships.

Diving coach Matt Scoggin, in his 20th year, also has his share of experience heading into the championships. Senior diver Maren Taylor is making her fourth appearance, while UCLA transfer Emma Ivory-Ganja, a junior diver, and freshman diver Murphy Bromberg will be making their first appearances at the championships.

The Longhorns also have three junior swimmers, Gretchen Jaques, Kelsey LeNeave and Kaitlin Pawlowicz, who are each making their third consecutive appearance. The two freshmen swimmers, Madisyn Cox and Tasija Karosas, are making their championship debuts. Even without much experience at a meet of this magnitude, Cox ranks 10th nationally in the 200 individual medley, and Karosas is seeded 11th in the 200 backstroke.

The Longhorns are not the favorite to win the meet, as head coach Carol Capitani’s alma-mater and previous employer, California and Georgia, come in ranked No. 1 and 2. But the team’s experience will help it.