Dancers in the Indian Students Association prepare for showcase 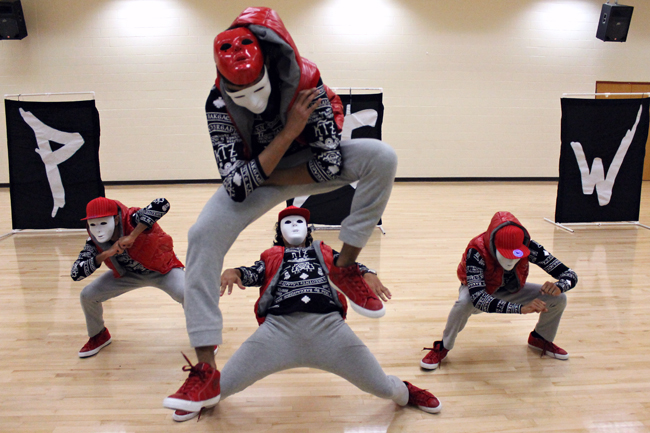 In the Quadrangle room of the Union Building, dancers wearing a mix of snapbacks and traditional Indian clothing move quickly around the space, yelling words of encouragement with each step. The performers, members of the UT Indian Students Association, are fusing hip-hop with traditional Indian dance for Taal, UT’s South Asian showcase.

Taal will take place at the Bass Concert Hall on March 29.

Taal, which means “beat” in Hindi, offers dance teams, singers and a capella groups the chance to be awarded cash prizes by a panel of judges. A variety of UT talents will compete, bringing a combination of modern and traditional takes on South Asian culture.

The Punjabbawockeez — an all-male, bhangra and hip-hop dance team — will perform in Taal. Bhangra is a fast-paced folk style of dance that originates from a northern territory of India called Punjab. The Punjabbawockeez, who have grown in popularity since their start four years ago, have created their own style by mixing hip-hop songs with traditional Indian music.

“It has really taken off in the sense that it’s gotten a lot more dance-centric, but we still try to preserve that culture,” said Arpan Amin, co-captain and management information systems senior.

Amin said the team began in 2010 when a group of students, who had no prior dance experience, decided to create a group for the sake of something fun to do.

“The original guys, they came in and basically learned Punjabi dance off of YouTube,” Amin said. “They had a little help from existing teams who had knowledge of bhangra.”

Punjabbawockeez performances last for about seven minutes. There are no designated choreographers on the team, and every member has the chance to bring in his own ideas and take charge of a song. The team members take moves they learn from videos and make them their own.

“You build off of this existing stuff you watch and then slowly you get the hang of it,” said Suraj Makhija, biomedical engineering senior and co-captain.

The Punjabbawockeez have been recognized by UT leadership award committees for best recreational organization and have been awarded best overall at UT talent shows, such as the Texas Revue.

“We really pride ourselves not on just dancing, but being a very well-rounded team in terms of doing community service,” Amin said. “We’re into not doing just dance, you know, and that’s kind of what’s contributed to any accolades that have come.”

According to Abhijith Ravinutala, business and history graduate student and founding team member, the team has contributed to changing relations among competing dance teams at UT by making things friendlier through mixers and collaborations.

“It definitely used to be more cutthroat, but the Punjabbawockeez are a really social group and they’ve worked to make it different,” said junior Nikunj Govind, co-president of the Indian Students Association and Taal coordinator.

Though the Punjabbawockeez take pride in their awards, that won’t be their main focus at Taal.

“If people like us and want to award us, that’s great,” said Shreyas Panda, a mechanical engineering and English honors senior and team member. “But we’re just about showing people what we like doing and bringing that joy to everybody else.”