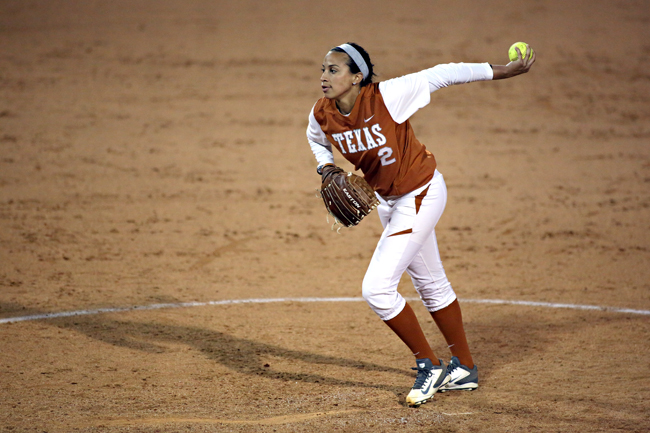 Texas is set to open Big 12 play Saturday in Waco with the first of a two-game series against the Baylor Bears. The Longhorns are coming off a 5-4 loss to Houston in which they surrendered the winning run in the final inning, abetted by several defensive miscues.

When asked if her young team could rebound from the loss heading into conference play, head coach Connie Clark said the loss was suggestive of the team’s youth.

“I think they are excited,” Clark said. “We left a lot of people on [base] again tonight and the freshmen have to grow up quick in the circle — that’s all there is to it. I really wanted to stay with [freshmen pitcher Lauren Slatten]. I left a long leash on her tonight because I want to see if they can get it done. Unfortunately, we came up short tonight, but they have to learn and get through those experiences to make them better.”

Despite using three different pitchers Wednesday night, and much speculation about who would take over for Blair Luna coming into the season, Clark believes freshman Tiarra Davis is the frontrunner.

“Pitching is one area where we have as many answers as we have now and we will start over with a 0-0 scenario trying to win a Big 12 championship,” Clark said. “Tiarra Davis is the ace and we are going to have to ride her primarily most of the time.”

“It is an amazing feeling to be the RBI record holder here at The University of Texas,” Thom said.  “There have been some great players that came before me, and for me to be in the same league with them is just an amazing feeling.”