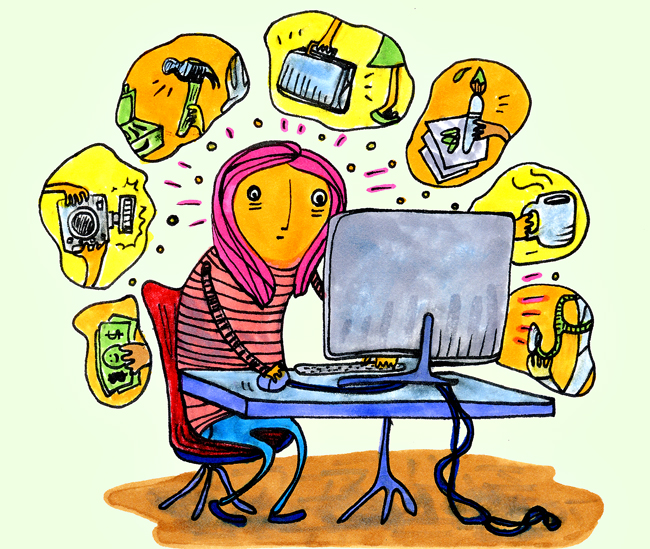 After decades of career questionnaires and aptitude tests, a new online test called Pymetrics hopes to change the interview process by introducing brain-stimulating games to test character traits. The new software matches students with career options and is currently being tested at top business schools, including the McCombs School of Business.

“Questionnaires often assess interests and motivations while games assess traits,” said Matthew Malter Cohen, the company’s head of product. “Questionnaires can really only give back what you tell them, which makes them subject to bias. Games provide an unbiased assessment of an individual’s cognitive, social and emotional profile, and performance cannot be faked. They also often assess strengths and weaknesses outside a person’s awareness that traditional questionnaires would never pick up on.”

This way of matching people with careers was first developed by Frida Polli, CEO of Pymetrics, when she went back to school to get her MBA at Harvard. As she filled out numerous career and skill assessments, she was confused by the number of questionnaires used. She was convinced that studying behavior rather than simply asking questions is the most accurate method to truly find character traits and skills. Using games could allow companies to see traits in potential employees that they could not get otherwise based on an oral interview. In her second year at Harvard Business School, Polli and an old friend and colleague Julie Yoo teamed up to create Pymetrics.

Anyone has access to the online test and can go through the career-matching process, but the system is still being developed and perfected. UT is among other schools with top 20 MBA programs that have been chosen to host student-led teams that are continuing to develop and perfect this new career service. The schools began testing three months ago and expect to complete the process by next fall.

“[UT has] such a diverse and ambitious student body that this seemed like a great way to begin gathering data for Pymetrics,” biology junior Madeline Nash said.

Nash is one of three people on UT’s student-led team working on the software along with advertising junior Emily Bradford and economics junior Siddharth Gutta.

Gutta decided to join UT’s student team after playing the games himself.

“I believed in the vision of the company and wanted to spread it to as many students as possible so they could benefit from this system,” Gutta said. “The combination of neuroscience and business also interested me greatly.”

To find a career match, the participant must play 12 short games. The first level, called “Stop 1,” shows a quick succession of red and green circles. If a red circle appears, the user has to quickly push the space bar. If a green circle appears, no action is necessary. This test measures the participant’s attention span and gives them feedback about their ability to pay attention. The rest of the games work in a similar manner, testing specific brain skills and delivering insights.

After the test is complete, the results reveal a variety of strengths such as emotional identification, attention duration and trust. The result is a comprehensive profile that generates top jobs that require the user’s skills. A pie chart reveals numerous career paths from the jobs with the highest percentage of matched skills to the lowest, offering a detailed description of the user’s top three matches. The software is open to any major and measures skills for multiple fields including education, finance, consulting, entertainment, health care, retail, entrepreneurship and product development, among others.

Though the software is still being tested, any student can make a profile on Pymetrics’ website and play the games to receive an analysis.

“It’s a quick and easy way to gain some information on your career fit and get ahead in the recruiting process,” Gutta said. “Sharing the website with your friends and classmates is a great way to get involved as well.”