Barnes proving worth despite tournament woes 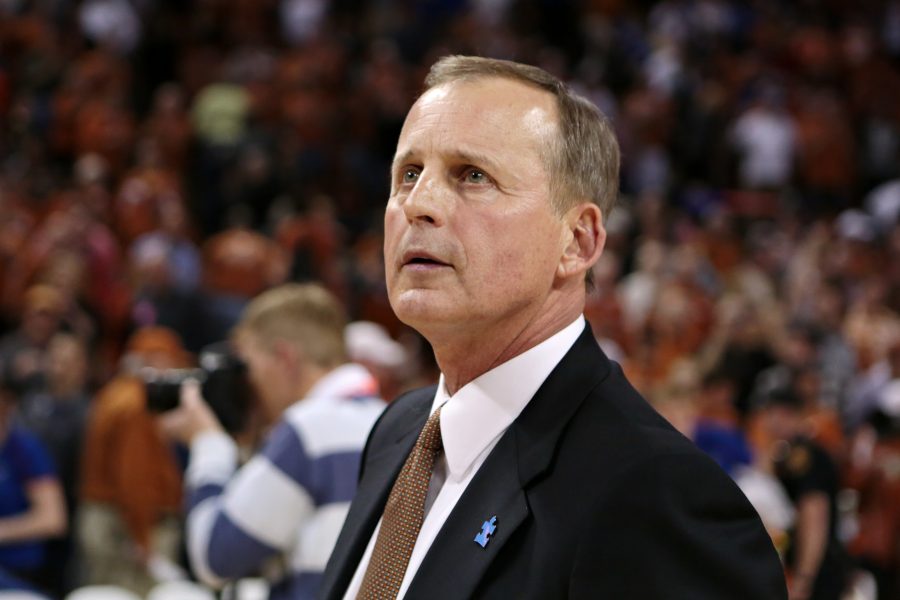 As head coach for the Texas Men’s Basketball program, Rick Barnes has led two teams to the Elite Eight and one to the Final Four in the NCAA Tournament. Although his team has not made it past the round of 32 since 2008, his record of excellence proves his worth at the helm of the basketball program. " />

As head coach for the Texas Men’s Basketball program, Rick Barnes has led two teams to the Elite Eight and one to the Final Four in the NCAA Tournament. Although his team has not made it past the round of 32 since 2008, his record of excellence proves his worth at the helm of the basketball program.

This season, Rick Barnes proved why he is the most decorated basketball coach to pass through Texas, earning his fourth Big 12 Coach of the Year honor since arriving in Austin in 1998. But once again, his team failed to survive the first weekend of the NCAA tournament —  a sight that has become all too common in recent years.

Of course, Barnes has made several notable runs in the tournament during his time at Texas. None have been more memorable than when he guided the Longhorns to the Final Four in 2002, kick-starting a five-year span in which Texas also reached the Sweet 16 in 2004 and the Elite Eight in 2006 and 2008.

Since then, his teams have had little to show for their postseason efforts, failing to advance beyond the Round of 32 in their past six appearances. This includes first-round exits in 2010 and 2012, as well as last year’s debacle that saw the Longhorns miss the tournament altogether for the first time in Barnes’ tenure here.

Considering the high quality of talent he has brought in over the years, one has to wonder what the reason is for these postseason failures. As time has passed and the disappointments have mounted, many have asserted that Barnes’ game plans lack the offensive strategies necessary for the must-score possessions that surface at crucial points in tournament games. Others claim his teams have a propensity to struggle in crunch time.

Some of this carries weight. Take a look at Texas’ final possession in last week’s game against Arizona State, for instance. With the game tied and just over 16 seconds left to play, Barnes had the ideal situation to run a play and find an open shot. But instead, the Longhorns did nothing of the sort, as Jonathan Holmes forced an ugly 3-pointer while his teammates stood idly. Fortunately for the Longhorns, it was saved by Cameron Ridley who was there for the game-winning put-back, but the play lacked any real structure.

To call Barnes a choke artist is a stretch, though. After all, he has led two teams to the Elite Eight and another to the Final Four. In fact, he would have another Final Four under his belt had the Longhorns not fallen to Glen “Big Baby” Davis and LSU in overtime in 2006’s Elite Eight. To have that kind of success in the NCAA tournament, in which every game is pressure-packed, is proof he can coach in big games.

Nonetheless, Barnes needs to put together a stronger effort next March. With his entire team returning, the Longhorns will be expected to make substantial strides and attain the postseason success they’ve lacked these past six years.