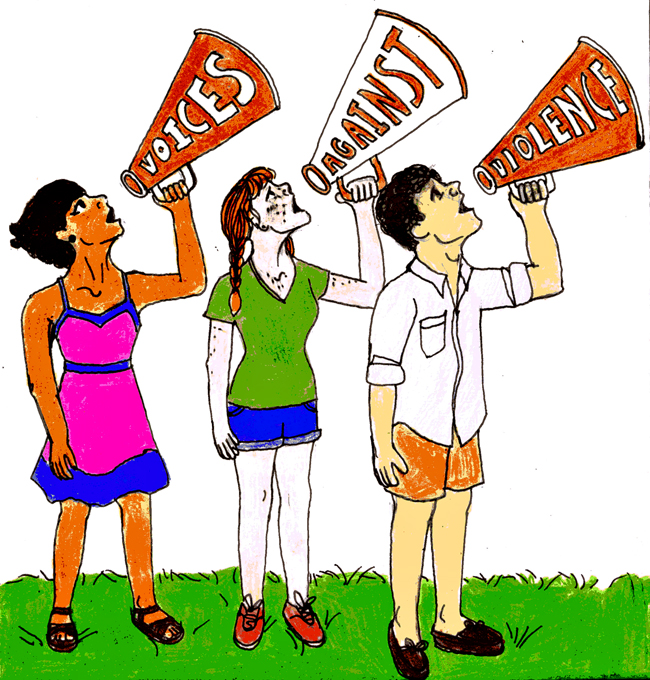 Voices Against Violence, a student organization, will be hosting multiple events throughout April to promote Sexual Assault Awareness Month.

Take Back the Night, the biggest event of the month, will take place on Wednesday on the Main Mall and will offer the public a chance to hear from keynote speaker Luz Guerra, a human rights activist who has worked against violence for the past 30 years.

Participants can also watch performances, enjoy art installments and take advantage of free food, while learning about various resources the University offers. Observed by different groups around the country, Take Back the Night serves as a protest and rally against sexual violence.

Though different in form, all of the events have common purposes: to challenge barriers, give power back to survivors and ultimately promote prevention. Erin Burrows, prevention and outreach specialist for Voices Against Violence, said two of the most important ways to challenge mind-sets toward violence are starting conversations and redefining consent.

According to Burrows, properly defining consent is also key. Violence is not reported out of fear or shame, or because many victims would not define their experience as abuse. According to the Counseling and Mental Health Center, consent is “an active agreement to engage in a certain act or be exposed to a certain situation.”

Clarifying that survivors are not victims is also a significant part of the program. The organization is hosting a workshop a few days before Take Back the Night to help prepare survivors who want to speak and share their stories at the event. The workshop will help participants process what they experienced and decide what they want others to know. If survivors want to tell their stories but aren’t ready to speak in front of others, they can write on notecards that will be hanging at the event.

Burrows said the organization has shifted toward a focus on prevention and strives to raise awareness and have conversations now, instead of when it’s too late.

Voices Against Violence was first created in 2001 by Jane Bost, associate director at the Counseling and Mental Health Center, to meet the needs of an ever-growing awareness of on-campus violence. Before the organization was created, the mental health center estimated it only received 10 reports of sexual violence per year. Since it was established, the center has had roughly 900 cases. Bost said the programs have been successful in creating a more open and friendly environment in which students feel safe to report such crimes.

“We’re trying to reach and prevent these kinds of issues way before you get to the point where you’re calling the police,” Bost said. “So we have conversations now about healthy relationships. We have reached thousands and thousands together with the Theatre for Dialogue and Get Sexy. Get Consent.”

Burrows, who first wanted to be involved with sexual violence after her close friends was a victim of it, suggests students remember the acronym BLOG when they confront violence. It stands for believe, listen, offer options and get support. Although offering options is significant, listening to and believing in someone’s story is the most important method of support, according to Burrows.

“Even just knowing that there’s efforts going on on this campus to not only address sexual violence, not only to get resources in the hands of those who need it most, but to have the foresight to prevent sexual violence,” Burrows said. “We want everyone to feel safe here and connected here, and one way to do that is to ensure that we’re having honest conversations about real issues.”