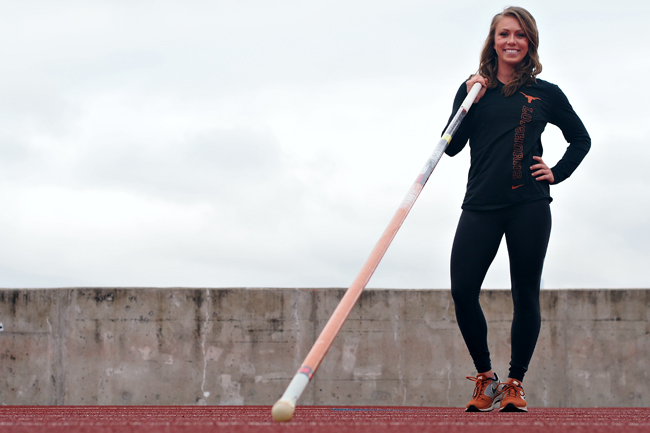 College athletes live in an extremely demanding and structured environment, and a recent study shows this could translate to success even after graduation, especially for women.

According to a recent study by American University, participation in sports is a good predictor of political ambition. The study showed that women who played sports were approximately 25 percent more likely to express interest in running for office than women who did not. For men, the magnitude of the effect is smaller — roughly 15 percent. The study said although the gender gap in political ambition remains considerable even among respondents who played sports, sports could help mitigate the gap considerably.

Government professor Frank Cross said he thinks politics is a natural outlet for the ambition cultivated in collegiate athletics.

“I think [athletes are] naturally competitive, and it translates to politics because politics is competition in a different venue,” Cross said. “People are fighting, trying to win, in a different way.”

Shelby Poncik, government sophomore and pole vaulter for UT’s track and field team, said her competitive spirit has been developed by all the sports she has played over the years.

“We’re constantly hungry for that next height and always heading straight back to the drawing board after we’re done competing,” Poncik said. “I think this mentality has taught me to never be complacent and to always keep aiming for that next level of success.”

Darija Klaic, assistant women’s tennis coach, said a defining characteristic she sees in the women she coaches is perseverance and a desire to keep perfecting their craft. Klaic said there is a plethora of mental skills players have to develop to be successful at the highest levels of tennis.

“If I had to pick one [skill] it would be mental toughness, which is, in itself, a complex set of mental skills put together,” Klaic said.

Klaic said she thinks many of the skills players learn participating in collegiate athletics can be translated to their careers later on.

Poncik said her plans after UT are to study and practice law and possibly work in politics later in life.

“I’m really intrigued by the idea of running for some sort of position in government once I have established myself in the legal realm,” Poncik said.