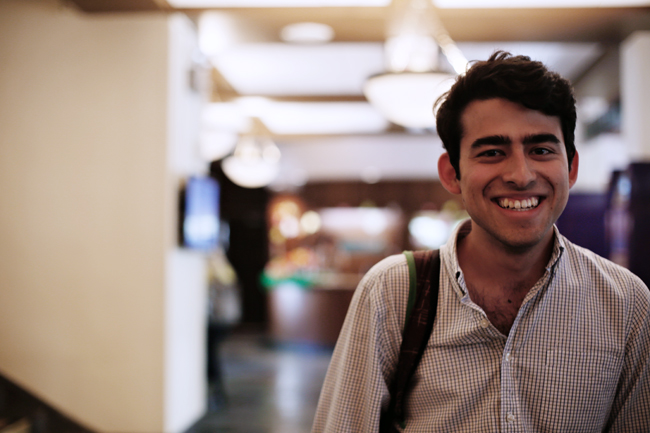 After serving on the State Democratic Executive Committee for two years, Latin American studies senior Huey Rey Fischer is running for re-election because he said there are still problems to address within the state committee and initiatives he wants to see through.

“Young people have to overcome barriers of … proving that they’re capable of doing the job, proving that they have good ideas, expressing those ideas and then seeing those ideas through,” Fischer said.  “A challenge has been really getting older members to the table and coming up with compromising solutions that really help us reach our common goal.”

Fischer said he plans to stay involved as long as there are still problems to fix.

“I wouldn’t be involved in politics if there weren’t things at stake,” Fischer said. “I see my small role in the Democratic Party as one to help get us on track to where we need to be to win elections, so that, at the end of the day, we have elected officials who are representing the interests of the people." As a middle school student, Fischer began his involvement in politics going door-to-door and volunteering for former Texas House representative Juan Garcia, who is the current assistant secretary of the Navy. Fischer later served as a page in Washington D.C.

“That’s where I really fell in love with politics as a tool to impact lives and create change,” Fischer said.

During his time in Austin, Fischer has been involved in democratic organizations in the community, including University Democrats.

While he said he never plans on running for office, Fischer said political involvement is a necessity for everyone, even if it’s a minimal level of voting.

“We see policies affecting us all the time, even if we don’t know specifics … on the local level — as college kids — if we don’t get involved in our city council, the issue of affordability for students won’t get addressed,” Fischer said. “It’s really simple to, at the minimum, vote and have a voice and have a say. If the 50,000 students at UT voted, the city council would be drastically more progressive, drastically more in tune with the interests students have … and we would see that reflected in legislation.”