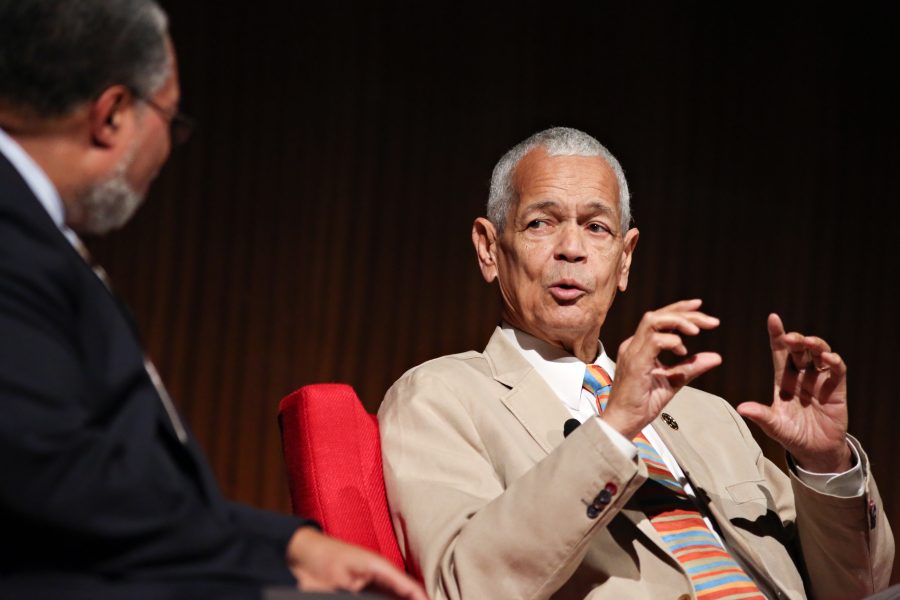 On May 4, 1961, a few months before President Barack Obama was born, John Lewis and the rest of Freedom Riders were prepared to die as they rode public buses through the deep South to protest segregation.

“Some of us signed notes and wills that, if it took our death — as Dr. King said — to redeem the soul of America, I think that some of us were prepared,” Lewis, who is now a Democratic U.S. representative from Georgia, said at a Civil Rights Summit panel on Wednesday. “I thought I was going to die on that bridge [during the march from Selma to Montgomery, Ala., in 1965]. I thought I saw death, but I was not afraid.”

Lewis, former NAACP chairman Julian Bond and Andrew Young, former U.S. congressman and U.N. ambassador, reminisced about their experiences in the movement and discussed issues not often addressed in the movement’s history, including the gender discrimination that persisted within civil rights groups.

Bond said even though the Student Nonviolent Coordinating Committee had more gender equality than other civil rights organizations, there was still conflict between men and women.

“There were enormous tensions over the role each would play,” Bond said. “Had it not been for women, there would not have been a movement.”

“The sin of the movement to me was that [civil rights and women’s rights activist] Dorothy Height didn’t get to speak at the March on Washington,” Young said.

Lewis said people who participated in sit-ins and marches were often predominantly women, and he thinks male chauvinism was a contributing factor.

“There were men who said they couldn’t be nonviolent,” Lewis said. “You can be nonviolent. You can stand in line and keep the peace.”

Bond said he avoided taking an official position on same-sex marriage while he was NAACP chairman because he did not think the organization would support it.

“One day after I was not chairman anymore … somebody sat down there and said, ‘I move that we support same-sex marriage,’” Bond said. “I’m thinking no, no, no, this is not the time.”

Lewis said there is still a lot of work to do, and encouraged younger generations to increase their civic and political participation to advance civil rights, especially regarding immigration policy.

“We need to set people on the path to citizenship,” Lewis said. “I don’t accept this idea that individuals are illegal. There’s no such thing as an illegal human being.”

“We’ve got to mobilize and organize,” Young said. “There are still forces in America that want to make it harder for people to participate.”