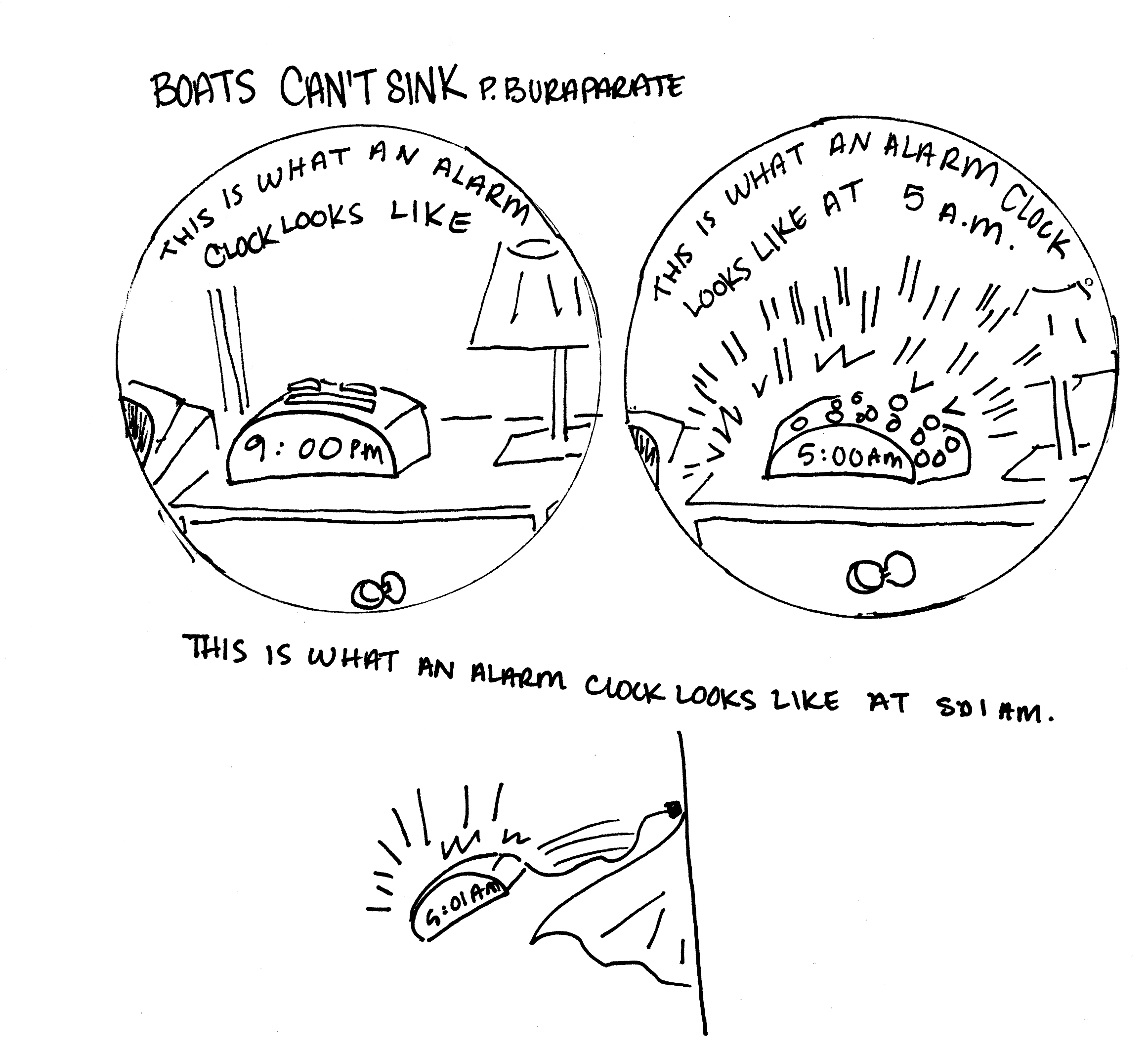 If you walked around Western Washington University during the spring of 2009, you might have noticed a clown unicycling around the plaza.

The clown was definitely there, but when scientists intercepted several students who passed through the area and asked them whether they had noticed anything strange, most of them said they hadn’t.

Even after researchers clarified, asking directly if students had seen a clown on a unicycle, nearly 50 percent of people who were interviewed still said no.

Not all pedestrians are created equal, though. For instance, people who were walking with another person were more likely to have noticed the clown than people who were walking alone. By a wide margin, the most unobservant walkers were those talking on their cell phones. 8.3 percent of them said they had noticed something unusual, and when directly asked about the cycling clown, that number went up to 25 percent.

It may not even be that these chatty pedestrians weren’t looking at the clown. Eye tracking studies have shown people who are talking on cell phones fixate on the same things as those who aren’t, but they don’t really see them.

Walking around, this isn’t too much of a problem. But an overwhelming number of people talk on their phones while operating vehicles.

How dangerous is this, exactly? A paper from 2006 titled “A Comparison of the Cell Phone Driver and the Drunk Driver” provides the answer. Subjects came in on three different days to use a high tech driving simulator. On one day, they used the simulator normally, on another, they talked on their cell phones while using it and, on another, they drank screwdrivers until they reached a blood alcohol level of .08 prior to their drive. That’s right, these subjects got legally drunk — for science.

The researchers found that in some respects, the subjects on cell phones actually drove worse than the drunks. The most noticeable effect was on reaction times, which were slowest when subjects used their cell phones.

Over the course of the experiment, which involved 40 participants, only three accidents occurred, and they all involved sober subjects using cell phones. This is not to say that driving drunk is not dangerous — it is. But so is driving while talking on a cell phone, which is still legal in Texas.

The researchers found no correlation between a person’s perceived ability to drive while using a cell phone and his actual ability, but they did find evidence suggesting that the ability to talk and drive does not improve with practice. This is probably because driving requires immediate reactions to sudden, random changes — an ability that does not benefit from repetition.

As for the other possible driving distractions, such as the radio, audiobooks or even another passenger, experiments suggest they don’t make much of a difference at all. One study even asked subjects to repeat words said to them via a cell phone as they were driving — which required them to hold a cell phone, listen to it and talk back into it — and even this did not have a significant impact on their ability to maneuver the vehicle safely. In other words, listening and speaking into a cell phone does not impair driving, nor does holding a conversation with someone else in the car. But if a person has an active conversation with someone on a cell phone their driving will suffer. And, since this is a result of the brain’s limited resources and not control of the wheel, using a hands-free device does not help.

Our modern electronic devices are wonderful — they keep our best friends and closest family a few buttons away at any given time. But there is also a whole world around us that screens can prevent us from experiencing.