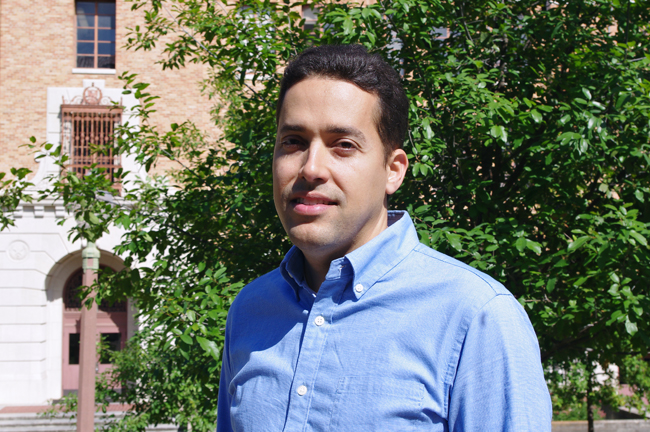 In 2012, History associate professor Alberto Martinez aided in writing a report for the history department which focused on current issues affecting associate professors at UT. Despite having higher rankings than assistant professors and at times working at the university longer, their salaries aren’t necessarily higher.  " />

In 2012, History associate professor Alberto Martinez aided in writing a report for the history department which focused on current issues affecting associate professors at UT. Despite having higher rankings than assistant professors and at times working at the university longer, their salaries aren’t necessarily higher.

Associate professors may be ranked higher than assistant professors, but that does not mean their salaries are likely to rise as quickly, according to The Daily Texan’s analysis of University data.

Martha Newman, associate professor and department chair of religious studies, said the discrepancy between increases in salaries is partly influenced by the market for new faculty. According to Newman, to ensure the University continues to hire the best scholars, starting salaries must be able to compete against other universities.

“This is the reason why assistant professor salaries are increasing at a high rate,” Newman said in an email. “In some departments, the salary of a starting professor may be nearly as high as that of an associate professor who has taught at UT for many years.”

Associate history professor Alberto Martinez said the problem does not only affect faculty but the University’s overall quality as well.

“It seems that some new hires are paid too much for a state university, which in turn leaves less funds for rewarding good work by current employees,” Martinez said in an email. “It pushes many good professors to seek jobs elsewhere.”

Martinez said, although the University gives more funding for research than it did 10 years ago, there are fewer raises for professors who have attained tenure.

“Maybe researchers now produce more, but the net effect [of using funds for research] is that achievement is hardly rewarded, which is discouraging,” Martinez said.

David Ochsner, College of Liberal Arts spokesman, said in an email that there are no simple solutions to solving the inequities among faculty salary raises.

“We are not only looking at professors in different stages of their careers,” Ochsner said. “We also need to consider variables between the disciplines themselves, for example, opportunities for sociology vs. classics faculty.”

According to Martinez, job advertisements for professors do not list salaries, so universities may end up overpaying new faculty because salary negotiations do not begin until after candidates have been hired.

“If instead we cap and list specific salaries, then we’d save funds that can be used for raises to fix inequities,” Martinez said. “You can get a great professor for a $120,000 salary, but you can get one equally good for much less.”