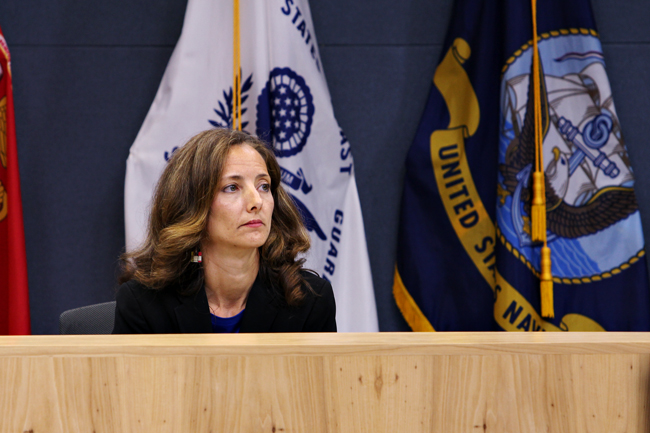 City Councilwoman Kathie Tovo is a co-sponsor of the resolution to guarantee an $11 minimum wage to part-time and seasonal workers.  " />

City Councilwoman Kathie Tovo is a co-sponsor of the resolution to guarantee an $11 minimum wage to part-time and seasonal workers.

The City Council passed a resolution Thursday to support this goal and direct its staff to analyze how this would affect the city’s budget. Michael McGill, policy adviser to the resolution’s main sponsor, Mayor Pro Tem Sheryl Cole, said the current minimum wage of $7.25 per hour was not enough money for a person to live on in Austin.

“The $11 figure is one that was decided upon by this council as the floor of a living wage in Austin, so somebody working [here] could make ends meet, essentially,” McGill said.

Councilwoman Kathie Tovo, one of the co-sponsors of the resolution, said it has been an important value of the city to ensure that its employees are able to afford to live where they work.

“We have many talented employees who work for the City of Austin in part-time, temporary and seasonal jobs and receiving a higher wage would have an immediate positive impact on those employees and their families and could help with employee retention,” Tovo said in an email.

McGill said $11 was already the minimum wage for all of the city’s full-time employees.

“When a company looking to relocate to Austin is seeking economic incentives, we require they pay a minimum of $11 [per hour],” McGill said. “We also make that a stipulation for our contractors. We don’t do everything in-house, so if we contract, we require that those companies pay their workers $11
or more.”

“[The council] approved a resolution that asked for the state of Texas to either raise the minimum wage to a living wage or to allow municipalities to do that themselves,” McGill said. “So in other words, the city of Austin could set a minimum wage for within its borders that all private employers would be subject to.”

Phil Thoden, president and CEO of the Austin Chapter of the Associated General Contractors of America, a trade association for the construction industry, said he thinks small businesses would have to compensate in two ways if they had to pay their employees a higher wage.

“Prices either have to go up, which impacts you and me for whatever we want to buy, or something’s got to be cut,” Thoden said. “Either hours or some of the inputs into producing whatever it is you’re producing.”

McGill said City Council was trying to set an example for the state by passing this resolution.

“The reason we’re bringing this up this week is really to bring consistency to our policies,” McGill said. “If we’re asking the state to do something, and we haven’t done it ourselves, I think that’s an issue. And Sheryl thinks that’s an issue: to make sure that we are practicing internally the things that we are asking for outside entities to practice as well.”