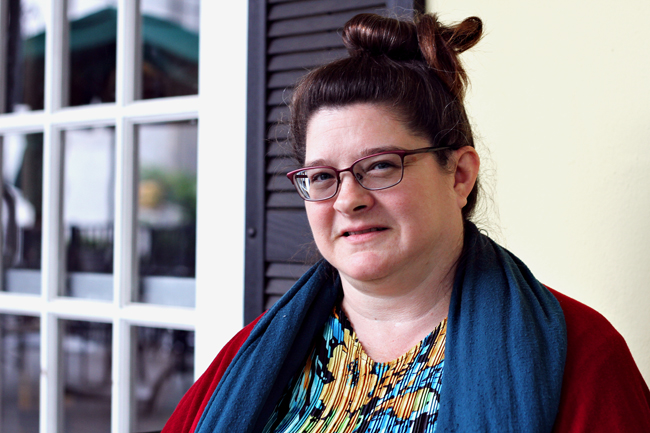 Victoria Vlach, a course scheduler for the Asian Studies department, lost her job as a result of Shared Services. Through the creation of Centralized Business Services Office and the Liberal Arts Instructional Technology Services in the College of Liberal Arts, 500 jobs are being eliminated. " />

Victoria Vlach, a course scheduler for the Asian Studies department, lost her job as a result of Shared Services. Through the creation of Centralized Business Services Office and the Liberal Arts Instructional Technology Services in the College of Liberal Arts, 500 jobs are being eliminated.

Though Kevin Hegarty, UT executive vice president and chief financial officer, said no layoffs will occur in UT’s move toward shared services, centralization within the College of Liberal Arts has led to the elimination of multiple positions.

The centralized offices within the College of Liberal Arts are in no way affiliated with the University-wide move to shared services, but the Shared Services Steering Committee reviewed the college’s centralization before producing its report and recommendations.

In February, Victoria Vlach, the course scheduler in the department of Asian studies, was told her position was being eliminated “because of restructuring for improved efficiency,” according to documents obtained by The Daily Texan.

Over the course of the last two years, the College of Liberal Arts has worked to centralize its administrative and technological services by creating offices meant to work with multiple departments in the college. Of the 44 departments and centers in the college, 14 now work through the Centralized Business Services office.

The Shared Services Steering Committee considered the success of the College of Liberal Arts’ centralization when drafting their own plan to cut University spending through the centralization of human resources, information technology, finance and procurement services. Hegarty said approximately 500 jobs must be eliminated in the consolidation through natural attrition and retirement.

Vlach, who has worked at UT for 18 years, said she had heard about layoffs happening in other centers and departments in the college, but, because of the size and complexity of her department, she did not think her own job would be affected.

“It was like being sucker punched, having the wind knocked out of you, being hit with a ton of bricks — pick a metaphor, and it applied,” Vlach said.

Christine Williams, sociology department chair, said she thinks the College of Liberal Arts has handled centralization incredibly well, but she is not
comfortable with a University-wide effort.

“I’m completely terrified of the possibility of it going to a University level,” Williams said. “Keeping it at the college level is very important, both in terms of the ability to communicate needs to the college and [the college’s] understanding of the kind of operation we’re running here. I think it would be really different if it was kicked up two levels of administration.”

William Pennebaker, chair of the psychology department, said the college laid off four IT staff members when his department consolidated IT services. He said centralization efforts could potentially ease the financial strain in a department.

“We’re under all sorts of pressure to reduce costs,” Pennebaker said. “If there’s a way to do something that will get the job done and it turns out it’s cheaper, you have to at least give it a try.”

Vlach said the people who make the decisions about layoffs underestimate the human consequences of their actions.

Vlach said she worries that small steps towards centralization will escalate to larger levels.

“You’re playing Jenga, only you’re only pulling out pieces from the bottom layers,” Vlach said. “How long is that going to last before the whole thing comes crumbling down?”