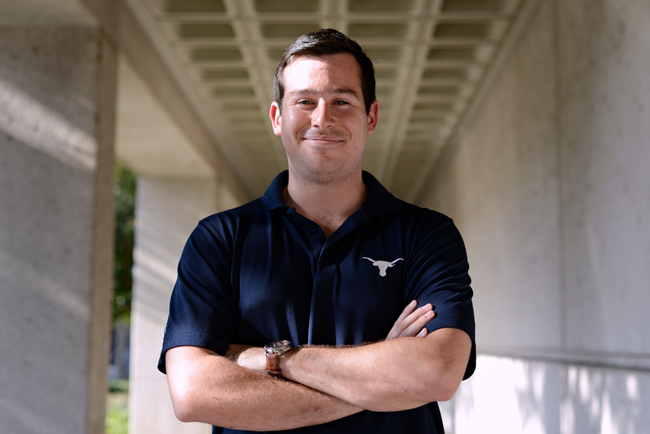 Gov. Rick Perry named UT-Austin government junior Max Richards as the student regent for the UT System Board of Regents on Tuesday. Richards will be the second consecutive student regent from the University, replacing Nash Horne, outgoing student regent and communication studies senior.

Richards was not one of the four finalists for the student regent position, according to documents obtained from the governor’s office by The Daily Texan.

According to System policy, the selection process for the position requires students to apply directly to their student governments. The applications then go to the president of each institution, who submits up to five applications to the UT System. They are then processed through two UT System offices and sent to the chancellor, who sends them to the governor.

Richards said he applied directly to Perry’s office rather than to UT’s Student Government.

According to policies outlined on the System website, the student government from the same institution as the current student regent may not solicit applications for that student regent’s successor.

Nicole Collette, graduate student at UT-Arlington, was one of the finalists for the position. She said she was not aware students could apply directly to the governor’s office.

“I really don’t have any hard feelings towards the gentleman who was picked,” Collette said. “I wish him the best of luck. I wish UT-Arlington could have gotten some attention because we’re doing some pretty great things here. Maybe [the option of applying to the governor’s office] is something we can address in the future. Hopefully, it won’t be so vague.”

The student regent, first created in 2005, is a non-voting position on the board, intended to give students representation in board decisions. Richards will serve a one-year term from June 1 until May 31, 2015.

Richards said he appreciates the chance to serve as student regent.

“I’m really excited to be able to give back to the UT System,” Richards said. “This System has given so much to me, and I look forward to making a positive impact.”

Richards, who attended UT-San Antonio his freshman year, said he wants to visit the various UT institutions during his time as student regent.

“I look forward to going to different campuses and exploring issues they face that could be different from UT-Austin,” Richards said.

Richards said he has always been interested in the board’s activity, but he will use the transition period to update himself on the current issues. He said he is not concerned about the existing tension between President William Powers Jr. and the board.

“I feel like the System has a whole lot to offer, and I feel confident in the staff and the people that make up UT,” Richards said. “I feel very confident the staff has the best interests of the University in mind.”

UT-Austin spokesman Gary Susswein said Richards’ appointment is an achievement for the University.

“This is a great accomplishment for [Richards] and a great reflection on the University,” Susswein said. “It’s always exciting when a UT student gets appointed to positions of leadership and authority.”