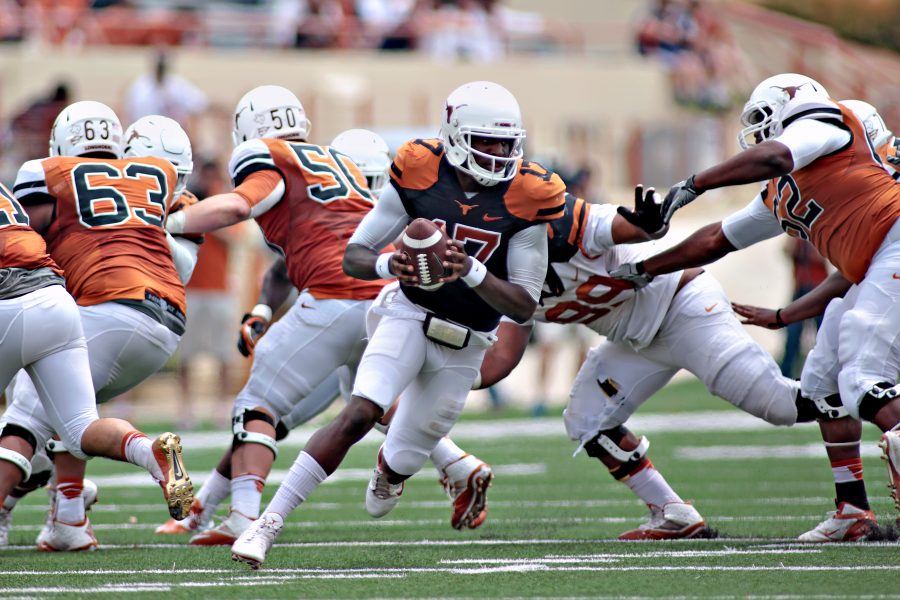 Last week, the NCAA Legislative Council voted to approve unlimited meals and snacks for Division I student-athletes as long as they are participating in their sport, though it must be accepted by the Division I Board of Directors at a meeting Thursday. If the Board of Directors does choose to accept the new plan, it will be a positive step for all student-athletes, especially those who aren’t on scholarship.

The decision came weeks after Shabazz Napier, the NCAA men’s basketball tournament’s Most Outstanding Player, alleged that he often went to bed hungry.

In a postgame interview, Napier spoke to reporters about the National Labor Relations Board ruling that Northwestern’s full-scholarship football players are University employees and therefore eligible to form a union.

“Sometimes, there’s hungry nights where I’m not able to eat, but I still gotta play up to my capabilities,” Napier said. “I don’t see myself as so much of an employee, but when you see your jersey getting sold, to some credit, you feel like you want something in return. … There are hungry nights when I go to bed and I’m starving.”

Napier also acknowledged that some student-athletes are financially supported by their scholarships.

“We’re definitely blessed to get scholarships to our universities, but, at the end of the day, that doesn’t cover everything,” Napier said. “We do have hungry nights that we don’t have enough money to get food in. Sometimes money is needed.”

Napier then referred to this year’s championship UCONN squad as the “hungry Huskies” during his postgame speech on perhaps the NCAA’s biggest stage, and there has since been speculation that the legislative council’s decision was a direct response.

Regardless of whether Napier’s allegations are true, they’re definitely plausible in that prior to this ruling student-athletes on scholarship only received three meals a day. While three meals sounds like plenty of food, for athletes who can burn 2,500 calories a practice yet have energy requirements that exceed 4,000 calories a day, it’s insufficient at best.

Beyond the insufficient meals offered to student-athletes, players also have to contend with the early closing times of campus dining halls. According to USA Today, the legislative council will allow schools to “determine how to best meet the additional nutritional needs of its student athletes,” which could include a late-night meal.

While a lot of emphasis has been placed on Napier in regards to the NCAA’s change in policy, the real winners of this ruling are the walk-ons, or players not on scholarship, who now have access to unlimited meal plans after being denied the three-meal plan before.

Shawn Izadi, a pre-med senior linebacker, is excited about the ruling given that he walked on to the UT football team. Izadi, who didn’t receive any free meals before, will now qualify for the unlimited food and snacks that the policy provides.

“It is great to finally see walk-ons provided this same benefit,” Izadi said. “They go through the same hard work, practices and meetings without the scholarship and, before this move, without provided meals. It never made sense to me why I wasn’t allowed to eat with the team during certain team meals.”

In addition to unlimited meals and snacks, this ruling includes several other provisions, including reduced penalties for first positive drug tests, nationally accredited strength and conditioning coaches, the presence of a CPR-certified staff member at all athletic events, and at least three hours between football practices.

No one will deny that the legislative council’s approval of this ruling is beneficial to student-athletes — and especially for walk-ons — but I can’t help but wonder what’s in it for the council. Are they really interested in enhancing the well-being of the student-athletes or is this just a scheme to hush increasingly loud talks of college athletes unionizing?

Izadi thinks this compilation of legal matters has forced a response from the NCAA.

“If you look at it from the viewpoint of the NCAA, they are under so much criticism from every possible source in recent months,” Izadi said. “[Other cases are] creating waves to compensate players, media is creating their own pressures, Northwestern football is unionizing, and then, on basketball’s biggest stage and the NCAA’s biggest revenue maker, Napier takes multiple shots at the NCAA with reference to the hungry Huskies. It really seems like the NCAA was forced into this move. They had to give the people something in response to everything.”

Curtis Riser, physical culture and sports sophomore and offensive guard on UT’s football team, thinks the decision was made to discourage athletes from unionizing. He still thinks they should get paid but will gladly accept the meals in the meantime.

Following the news of the meal plan legislation, former head football coach Mack Brown tweeted, “Great move by the NCAA giving student-athletes in all sports, including walk-ons, unlimited meals and snacks. This is great for student athlete safety.”

UT athletic director Steve Patterson, however, is opposed the idea of unionizing.

“The universities, the conferences and the NCAA have done a very poor job of telling our story and we’ve allowed this story to be created by the sports press to focus on the one-half of 1 percent of the student-athletes that go on to play pro sports,” Patterson told ESPN.com “But 99.5 percent of student-athletes would not be in the position they’re in without getting a scholarship.”

Although Northwestern football players have been given permission to unionize, they will vote on whether to exercise that privilege Thursday, the same day directors meet to finalize the meal plan proposals. If these adopted proposals are finalized, they will take effect Aug. 1.

Izadi said he is not so sure of whether the NCAA had ulterior motives with the meal plan proposal but thinks this move is definitely the first step of hopefully many more in the right direction.

“We are about to witness a huge change in the culture of sports and the way it is all around,” Izadi said.

Johnson is a journalism junior from DeSoto.