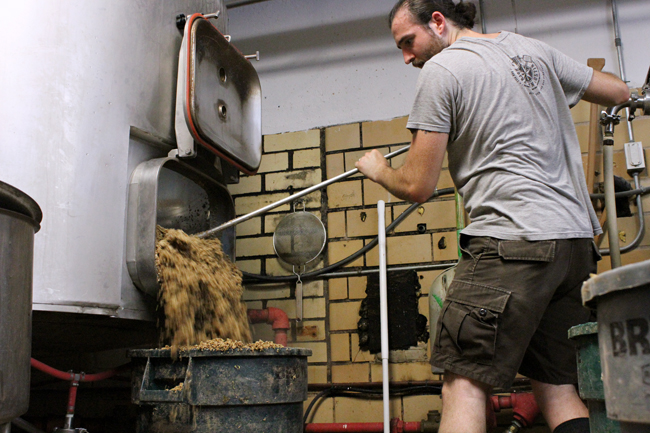 Some local breweries are planning to make major renovations to take advantage of a recent change in the city code that allows Austin breweries to sell beer for on-site consumption.

Austin City Council passed an ordinance at its April 17 meeting aimed at helping local breweries sell and distribute their products while implementing a new set of laws passed by the Texas Legislature in 2013.

Jordan Weeks, owner and brewmaster of South Austin Brewing Company, said he will spend approximately $50,000 to expand the brewery to include a beer garden and event space for music, which he hopes will increase the number of tourists. Weeks said the construction for expansion will begin in May.

“[The ordinance] will basically give us a new revenue stream that we didn’t have before,” Weeks said. “Over the next six months, you’ll be able to see huge improvements and expansions in all of the breweries in Austin.”

Weeks said the number of local breweries in Austin has expanded greatly in the past three years. Weeks, who is a member of the Texas Craft Brewers Guild, said the ordinance was passed in part because of a growing number of members in the guild who are able to contribute to lobbying efforts.

“We have a lot more power now,” Weeks said. “All of these other breweries are able to contribute to the guild’s lobbying efforts.”

According to Teresa Ueltschey, Live Oak Brewing Company office manager, many cities in the Northeast and West Coast already allow on-site beer consumption as well as off-premise consumption, where customers can buy beer and take it home.

“Texas is very slow to the path on this,” Ueltschey said. “The state changed the rules, therefore the cities have to catch up.”

Although the amendment permits local breweries to allow a limited amount of on-site consumption, it restricts the size of the brewery tap room to no more than 33 percent or 5,000 feet — whichever is smaller — of the brewery’s total square footage. Additionally, the amendment requires breweries to receive a conditional use permit to sell beer on-site if they are within 540 feet of a single family home.

At the April 17 council meeting, council member Kathie Tovo expressed concerns about the size of expansion allowed and said the planning commission would be in charge of approving breweries to exceed the 540-foot restriction on a case-by-case basis.

“We don’t want someone gaming the system to try to come up with a bar that they call a brewery and not have to go through the proper zoning process,” Tovo said.

Weeks said he anticipates the company’s sales will increase by approximately 20 percent. According to Weeks, the biggest challenge was opposition to the ordinance from the major beer distributors in Texas, but Weeks said their interests are now aligned with the local breweries’ interests.

“They realized craft beer is not going to go away and [the market] is always expanding,” Weeks said.

Weeks said the guild will push for additional legislation to help local breweries distribute their products.

“You can buy wine in a winery, but you can’t buy beer from a brewery and take it away, and that’s what’s next,” Weeks said.

Ueltschey said she thinks getting state legislation passed to allow for off-site consumption will be a major challenge.

“I think it’s going to be a hard-fought battle,” Ueltschey said. “Beer distributor lobbying is hugely powerful and hugely well-financed.”