End-of-year stress can contribute to shingles diagnoses for students 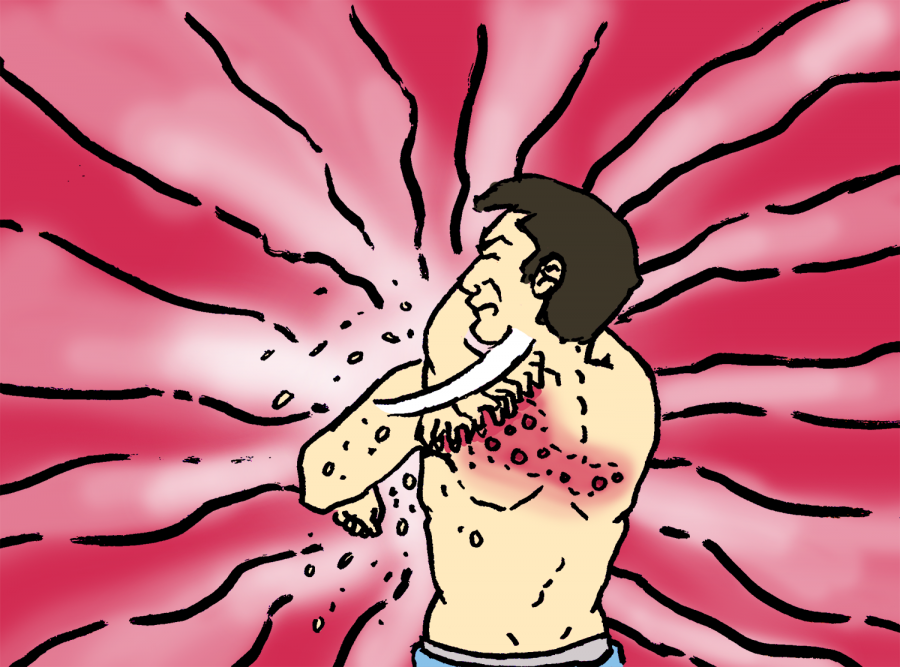 The last week of school is often the most stressful for students, and a potential side effect of that stress is shingles, according to Theresa Spalding, University Health Services medical director.

Shingles, a skin rash caused by the same virus responsible for chicken pox that affects approximately 1 million people in the U.S. each year, is most common in adults older than 60, according to the National Institute of Neurological Disorders and Stroke website.

“[Shingles is] unusual in the younger-aged population, but we actually do see it a fair amount,” Spalding said. “We see it a lot with stress. That tends to bring it out.”

Since September, UHS has diagnosed 50 cases of shingles, which is near its average of 63 to 70 yearly cases since 2010, Spalding said. She said physical illness or mental stress can lower the body’s resistance to viruses.

Chris Sullivan, molecular biosciences associate professor, said a variety of genetic and environmental factors such as stress, diet or other infections can contribute to the virus.

Sullivan said people often don’t get shingles until later in life because many of them have had chicken pox, so their bodies have already developed an adaptive immune response.

Sullivan said, after someone has chicken pox, the virus remains dormant in that person’s body.

“It kind of crawls back into a neuron, and it’ll stay there the rest of your life, but, for some people, later in life … it crawls back out,” Sullivan said.

Devin Tayne, a history and art history senior who currently has shingles on her arm, said a doctor diagnosed her with the disease on Thursday, forcing her to take time off work to recover.

“Taking off so much work — that’s like $200-plus that I won’t be getting, so that’s stressful,” Tayne said. “Being the last week of school and not being able to work for such a long time is just adding stress. It’s funny — stress is what opened up the opportunity for me to get the shingles.”

Tayne said the virus has also made it difficult for her to type and drive.

“It kind of feels … like I pulled my muscles,” Tayne said. “It’s more of a really irritating pain more than anything.”