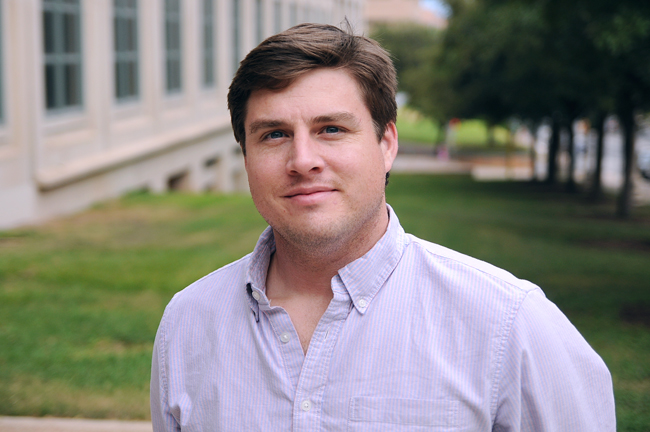 Psychology professor David Yeager was chosen to be the William T. Grant Scholar to further research the relationship between a student’s positive mind-set and academic performance.  " />

Psychology professor David Yeager was chosen to be the William T. Grant Scholar to further research the relationship between a student’s positive mind-set and academic performance.

After receiving a $350,000 research grant, psychology associate professor David Yeager will begin investigating whether students with positive mind-sets about their intelligence tend to perform better in school and actively seek out opportunities to learn.

On Thursday, Yeager was chosen to be a William T. Grant Scholar, allowing him to further research social-psychological interventions among schools and students. Over the next five years, Yeager will study differing mindsets of students throughout various schools and communities to deduce how viewing intelligence as something not finite is beneficial to a student’s academic success.

“We’re interested in how adolescents transition successfully to new school settings,” Yeager said in an email. “Sometimes, the belief is that [students] have developed — about their belonging or about their ability — can get in the way of taking risks and being resilient when school is hard.”

Yeager said the aim of his research is to help students recognize their struggles and improve their academic performance.

“We try to help them see early difficulties as things that can improve, under the right conditions and with the right support,” Yeager said. “When that is done, then adolescents can be more socially integrated at school and ultimately perform better.”

Sociology professor Chandra Muller believes the research has the potential to become a cost-effective way of aiding under-preforming students.

“It’s an intervention where they try to teach people about mind-set, and, if it’s successful, and it seems like it would be, then it’s a low-cost way to help [students] who, otherwise, might be a little bit more disadvantaged in school,” Muller said.

Muller and fellow sociology professor Robert Crosnoe will mentor Yeager in regards to the sociological aspects of the research, and public affairs professor Uri Treisman will help apply its conclusions to education policy.

“The sociological part that Dr. Muller and I are there to help him with is to think about how the interventions change the way people think might work better for some groups of people than others and might work better in some schools than others, so we’re really trying to bring the social context,” Crosnoe said.

Muller believes the relationship will be beneficial to both her and Yeager.

“He’s a psychologist, and I’m a sociologist, so it’s always interesting to have multi-disciplinary perspectives,” Muller said. “You learn a lot from that.”