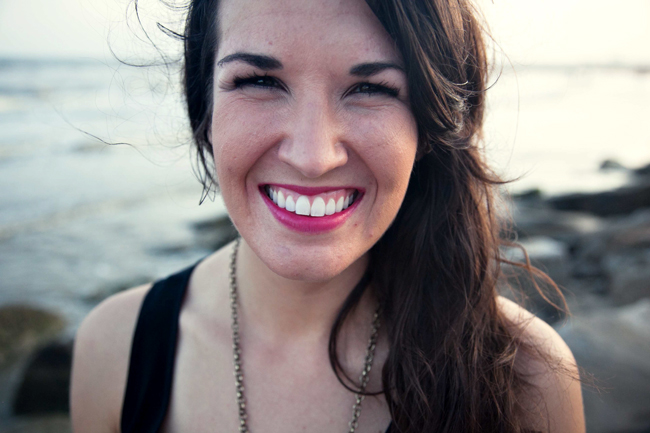 UT alum Chandler Busby had to make many adjustments after moving to Haiti, such as leaving the comforts of living in a developed nation behind for daily power outages and unreliable services.

Busby relocated to Haiti after graduating in May 2012 with a double major in apparel design and retail merchandising. In December 2013, Busby began running a new business, Fait La Force, which is a collection of goods that are marketed for buyers outside of the country and made by local Haitian artisans.

“The physical and emotional challenges into this culture have been so worth it,” Busby said. “It’s challenging, but I feel like it’s a diamond in the rough.”

Busby’s relationship with Haiti began when she took a trip to the country as a student with a campus group her sophomore year. Following that first trip, she returned several times to Haiti to work with the local artisans before making her move in September  2012.

“My first trip here was a cheesy, typical mission trip,” Busby said. “I think I was blessed with ignorance because that’s what made me fall in love with the country.”

After first moving to Haiti, Busby worked with Haitian Creation — a nonprofit sector of Heartline Ministries that supports local artisans. From the nonprofit, Fait La Force was born.

The business is broken up into two sectors that include in-house workers and those who make products in their own workshops. The in-house workers include 60 artisans who focus on sewing and making jewelry products. The outside workers specialize in more traditional crafts, such as working with bone.

“Living and working here is just hard,” Busby said. “That’s why I think it is so important — because of the challenges the workers face. They need to participate in economic development since so much is falling down around us here.”

Although her company stemmed from a nonprofit, Busby makes sure that customers understand that Fait La Force is a for-profit company now, not a charity service. Fait La Force makes men’s and women’s accessories, as well as home products. The artisans work with materials such as leather, signature waxed denim, horn, bone, recycled metal and banana and palm leaves.

“It’s really important to us that what we’re making is really functional, simple and will last for a long time,” Busby said. “People who buy our products prefer quality over quantity and care more about the process behind the product.”

Haitian Fabienne Beblet is the agent manager of Fait La Force and is in charge of taking the orders, running the payroll and working with the in-house artisans.

“The most important thing that [Busby] is doing right now is giving us jobs and giving us work to do to help our families,” Beblet said. “We can improve what we are doing by learning stuff too.”

Since her first trip to Haiti, Busby focused her energy on the goal of one day working in the country. Her senior fashion line was Haitian-inspired and she worked with Haitian Creation in Haiti to fulfill her internship requirement.

“I was hoping to bring more attention and awareness to the artisan work in Haiti,” Busby said. “It’s super inspiring to me. Yeah, there is poverty and corruption, but I wanted to be able to spotlight the beautiful things that can come from here.”

Retail merchandising professor Nancy Prideaux supported Busby’s decision to intern in Haiti and helped work out her graduation requirements in order make the internship possible. With Prideaux’s support and her own determination, Busby has already achieved her goal of running her own company.

“She has found a way to satisfy her creativity and have it also meet her needs of making a difference in others’ lives,” Prideaux said. “She didn’t pick the glamorous route, but she picked the route that was right for her.”