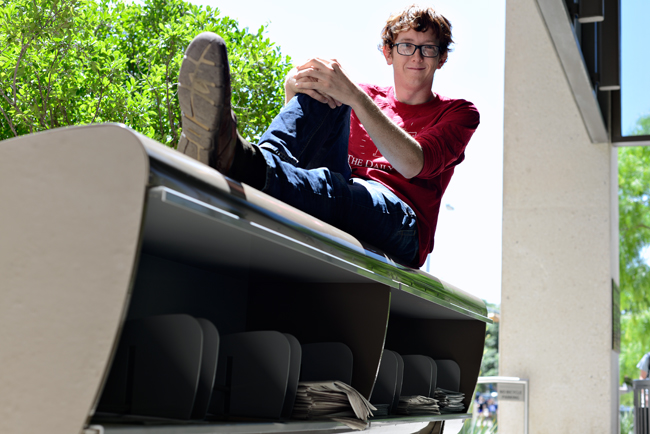 So here’s to Alexa Hart, who recruited me to join The Daily Texan. I may not have ended up here without her.

Here’s to Nick Hadjigeorge, who taught me that it’s “more than” and never “over” — no matter what the AP Style Guide says now.

Here’s to Lena Price, whom I still worship as the wise managing editor that guided me through my first semester. Here’s to Matthew Stottlemyre and Elyana Barrera, who kept coming back whenever the Texan called.

Here’s to Susannah Jacob, Trey Scott, Laura Wright and Shabab Siddiqui, who fearlessly led the Texan during dark days and guided us toward the light. Here’s to Pu Ying Huang, Elisabeth Dillon and Riley Brands, who I know will fill those enormous shoes.

Here’s to the Friends of The Daily Texan, who organized swiftly when we needed them most. I hope I can join their ranks someday. Here’s to Dave Player, who fights for the Texan as hard as anyone I know and doesn’t get half the thanks he deserves.

Here’s to Samantha Katsounas, who was a great friend even after she left the Texan.

Here’s to Jordan Rudner, when went from skipping with me across the street to running a newsroom as good as the pros. Here’s to Chris Hummer and Jack Mitts, who made special ventures so special this last semester.

Here’s to Natasha Smith and Nicole Collins, who told me that it was OK.

Here’s to advisors Doug Warren, Michael Whitney and Michael Brick. We would all be lost without them.

Here’s to Christine Ayala, for being my other half during the summer and keeping me sane. Here’s to Jacob Kerr, who always made me laugh.

Here’s to the Texan’s future, Madlin Mekelburg, Nicole Cobler, Anthony Green, Amanda Voeller, Elly Dearman and the many others who have just started at the Texan but have already done great things. And here’s to everyone else who made my time at the Texan so memorable.

I am dedicating my goodbye to the staff because they made the Texan what it was for me. They made it a home. It was a place where I slept, ate, cried and laughed. The Texan was where I lived. I will never be able to properly thank this newspaper for everything it’s been for me.

So, in the meantime, here’s to you — The Daily Texan.