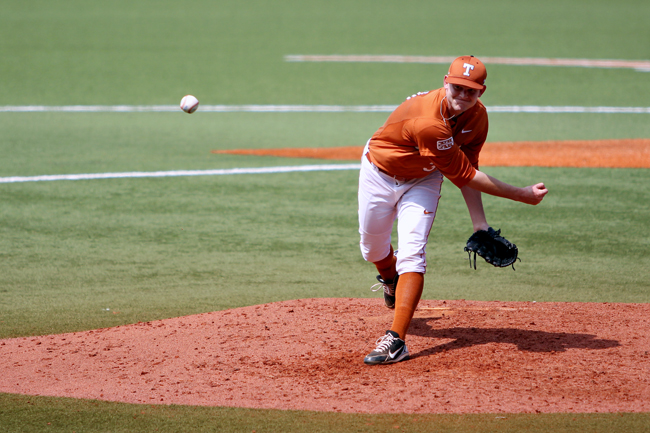 The Longhorns beat the Aggies for the second time in four days to advance to the Super Regionals where they will take on the Houston Cougars in Austin.

Hollingsworth, who spent the entire regular season as a reliever, got the spot start and delivered one of Texas’ best pitching performances of the season.

"Obviously I was pretty happy [with my performance],” Hollingsworth said. “I texted coach last night and told him to give me the ball. I wanted it.”

After allowing one unearned run in the first inning, Hollingsworth slammed the door on the Aggies, giving up only one hit in the final eight innings.

Mark Payton, C.J Hinojosa and Madison Carter all reached base three times for the Longhorns. Payton, who was named Co-Most Outstanding Player of the region alongside Hollingsworth, drew three walks, stole two bases and scored once in the final contest.

Texas will now have three days to prepare for the Cougars, whom they beat 3-2 earlier this year in the Houston College Classic. The first game of the three-game series goes Friday at 3 p.m. at UFCU Disch-Falk Field.