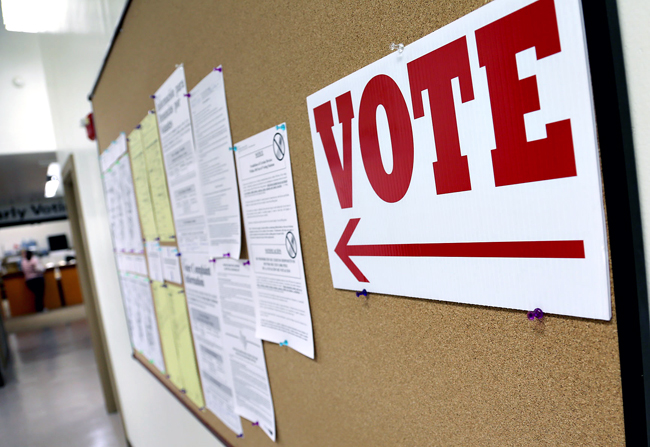 Last Tuesday, Texas held its 2014 primary runoff elections for the Republican and Democratic parties. There were 24 races being decided overall, with many having fewer voters than UT has students. In fact, some had a lower turnout than even just this past year's freshman class. While most of these races were not in the Austin area, there were a few statewide positions for us to vote for on both the Republican and Democratic sides.

As students we all go about our daily lives within approximately a mile of the State Capitol. I find it appalling, then, that despite our proximity to the corridors of power we choose not to vote in elections. It is a recurring theme that Texans just do not vote. This most recent election was no exception for UT students.

Distinguished Texas political writer Paul Burka recently wrote that a silent majority has taken over Texas politics, referring to the far-right members of the Republican Party who have wrested control of state government. Burka even went as far as to describe this election as "the worst election campaign season in my memory." The tea party candidate for lieutenant governor, current state Sen. Dan Patrick, R-Houston, was able to win the Republican nomination with an overwhelming 65 percent of the vote. However, according to the secretary of state and a recent article by the Texas Tribune, that figure translates to just 3.5 percent of all registered Texas voters. Patrick will certainly have a battle against the Democratic nominee, fellow state Sen. Leticia Van de Putte. But since no Democrat has won a statewide elected position since 1994, it is fairly safe to assume that Patrick will become the next lieutenant governor. This victory, of course, after only 3.5 percent of registered Texas voters made him the Republican nominee.

Both Patrick and Van De Putte seem to understand the importance of UT students. In fact, both were on campus this past spring semester. Patrick spoke at the Texas College Republicans State Convention held on campus in late March, and Van de Putte spoke to supporters on the West Mall in early April. I must also add that Van De Putte is a Texas Ex herself.

Since these two candidates appear to care about UT students, one would think that we would turn out and show our support by voting. However, let’s take a look at recent voter turnout for West Campus, located primarily in Travis County election precincts 277 and 311.

Below are the combined total number of voters that voted in five of the most recent elections from the West Campus precincts:

Let’s compare this with the turnout of areas in the Riverside and Far West neighborhoods where students live. Far West is a more traditional neighborhood with fewer students, and the voter data reflects this, having at least five times the percentage of voters in nearly every election compared to West Campus. Unfortunately, Riverside students are not any better at getting out to vote than those living in West Campus. Their voter turnout percentages are almost within one percent in each of the recent elections. 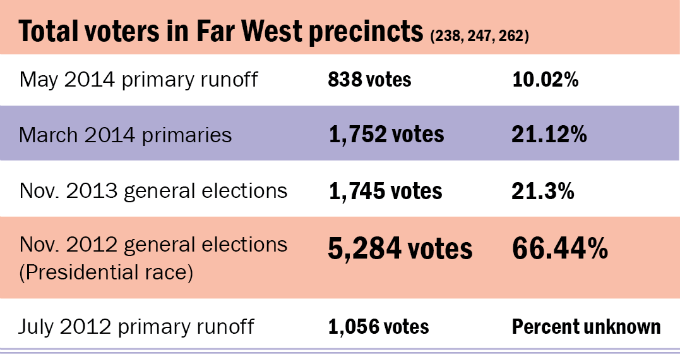 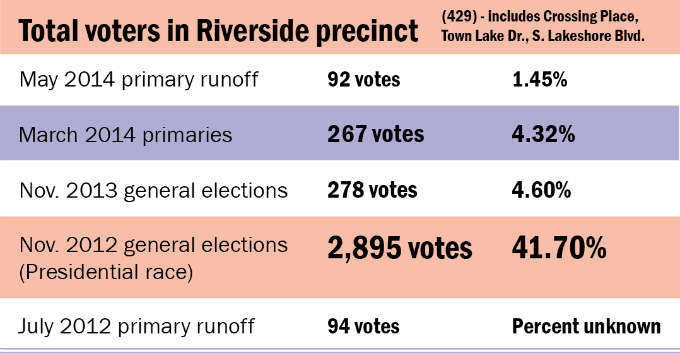 Needless to say, this runoff was sickening in my eyes for West Campus and Riverside students with a measly 1.39 percent voter turnout. We are effectively telling our state lawmakers to not care about our issues or us because we will not even take a few minutes out of our “busy” lives to vote. While I understand many of us may have been away from Austin since it is summer break, ballots by mail are easily attainable, and more than 4,900 Travis County residents mailed in their ballots for this recent election so there is no excuse. Take your right to vote seriously, and be sure to research the candidates and vote in November. With more than 50,000 of us, we can make a tremendous impact on Texas politics if even just half of us voted in every election.

Daywalt is a government junior from Killeen. He is the executive director of the UT chapter of College Republicans.