Austin prepares for the X Games 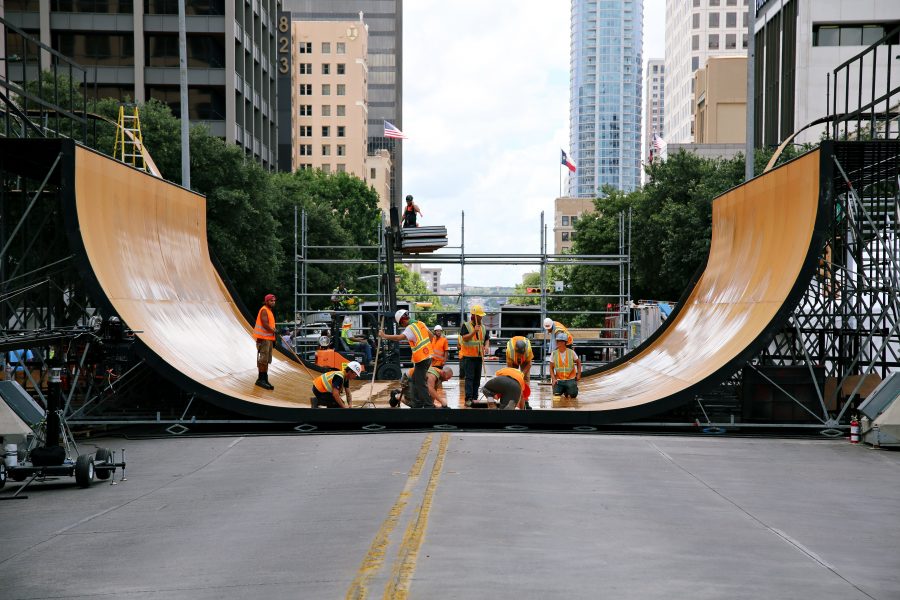 Austin's first X Games will kick off Thursday night in front of the Texas State Capitol on Congress Avenue before shifting venues to Circuit of the Americas in South Austin on Friday.

Austin will host the four-day extreme sports competition — which includes skateboarding, BMX and motocross — each summer through 2017. ESPN, which owns the X Games, chose Austin to replace Los Angeles as the host of the summer games over other finalists Chicago, Detroit and Charlotte, North Carolina.

The kickoff will consist of BMX and skateboarding events at a temporary vert ramp starting at 5 p.m. and will also feature former skateboarding professional Tony Hawk.

Julie Loignon, Circuit of the Americas spokeswoman, said having the majority of the events at the circuit will allow attendees to experience the games in one location.

“[This gives] the ability to have more of a one-stop-shop kind of experience, where you can see all the competitions you want, you can be part of the music scene, and, if you have any downtime, you can go into all these really cool villages and just play,” Loignon said.

From 2003 to 2013, when the X Games were held in Los Angeles, the events were held across the city in multiple venues, two of which were about 20 miles apart.

Sgt. Jeff Crawford, who works in APD’s special events unit, said the containment of the X Games’ events makes the police department’s job easier than if it were spread throughout the city.

“It’s like the difference between having a concert at Auditorium Shores and a concert at the Erwin Center,” Crawford said. “That was a big relief in my mind that, ‘Hey, they’re going to have it [at Circuit of the Americas], so we’re not trying to turn a whole bunch of downtown surface streets into a big venue.’”

“It’s not going to be just like a flood of people all over downtown,” Crawford said. “For a few hours, it’ll be a few thousand extra, but I don’t think anything too dramatic over a normal weekend on Sixth Street.”

Kaitlyn Clark, a spokeswoman for Mayor Lee Leffingwell, said the X Games will benefit Austin’s economy, as well as exposing Austin to multiple countries around the world. ESPN will broadcast the X Games in more than 215 countries and territories, and 410 million households will see the games, according to its website.

“To get Austin on the international stage like that is just a really exciting opportunity,” Clark said.

Partly because of the X Games, many bus routes that formerly ran down Congress Avenue began permanently running along Guadalupe and Lavaca on Tuesday, according to Capital Metro.

Loignon said Circuit of the Americas will not provide shuttle service to the venue because the parking lot is large enough for all the expected attendees. According to Loignon, the Circuit expects the majority of attendees to be from the U.S., but some international visitors are expected to attend as well.