Independence Day should be a chance to remember the military 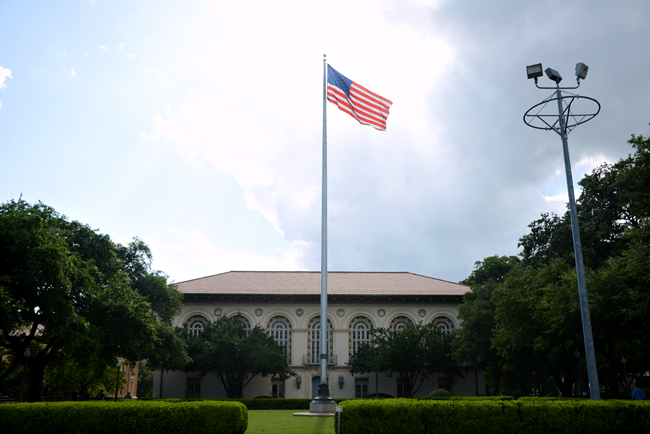 For many UT students the Fourth of July is a holiday to hang out with friends and family, eat delicious barbecue, drink substantial amounts of beer and to watch action-packed fireworks fill the skies. But some Americans have experienced a completely different Independence Day. A couple of years ago I spent mine more than 7,000 miles away from Austin in Kabul Province, Afghanistan.

At the age of 17, I enlisted as a private in the U.S. Army. By 18, I was a paratrooper jumping from military aircraft, and by 20, I was a sergeant on the other side of the world in Afghanistan with an Airborne Infantry Battalion. This is also where I ended up celebrating my 21st birthday. As you might imagine, a small base in Afghanistan is nothing like the too often typical 6th Street celebration.

For me, the Fourth of July is a day to think about those who are in harm’s way, unable to be with their family because they are away serving our nation, and those that have paid the ultimate sacrifice for our nation. Many of us are unaware, or do not remember, that a few years ago one of our own fellow Longhorns was killed in action while serving in Afghanistan. Hospital Corpsman Second Class Xin Qi, a Navy reservist, had put his education on hold to volunteer for a deployment with Fourth Light Armoured Reconnaissance Battalion, Marine Expeditionary Brigade — Afghanistan. He was killed in action by a suicide bomber on January 23, 2010, and is now interred at Arlington National Cemetery.

Independence Day is by far the most patriotic day of the year. Be proud to be an American and to be able to live in such an exemplary nation with countless freedoms. Take time to enjoy a local parade and other festivities. However, while you are having an enjoyable time, be sure to take a moment to remember those serving elsewhere around the world, and especially those that have paid the ultimate sacrifice for our nation like Petty Officer Qi. God Bless America.

Daywalt is a government senior from Copperas Cove.