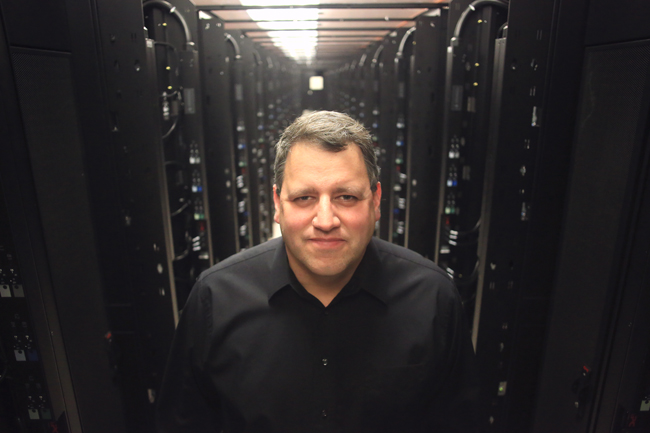 The University appointed Dan Stanzione as executive director of the Texas Advanced Computing Center, or TACC, July 1 and ahead of what is expected to be a busy year for the center.

Stanzione has served as TACC’s deputy director for more than five years, and his recent appointment to the executive director position comes after serving as acting director since January. The center’s stated mission is to design and provide extremely powerful computing capabilities for use by the open scientific and engineering research community.

Stanzione has supervised the creation and implementation of multiple of TACC’s computing systems in the past, and, in addition to his new direction duties, he will serve as principal investigator for the execution of Wrangler, the center’s upcoming data analysis management system. Wrangler’s primary focus will be memory and data-intensive applications.

“We want to let people solve their problems and solve these problems faster,” Stanzione said.

Santiago Sanchez, a biochemistry and Plan II junior in the Freshman Research Initiative, said he has used TACC resources to streamline computational problems in his research. Sanchez said some simulations the group has run would be too large in data size for the initiative’s internal computers to run efficiently.

“TACC allows us to supercharge our simulations and then transfer the vitally important information to our own disks,” said Sanchez.

Charles Jackson, a research scientist at the UT Institute for Geophysics, said TACC resources have allowed him to run a variety of experiments simultaneously and scale up his climate models, which produce huge terabyte-scale data sets.

“TACC is really good at running hundreds of experiments at a time,” Jackson said.

Large bodies of data and their consequential bearing on the STEM fields, as well as other areas such as the social sciences and business, are not lost on Stanzione and TACC. Stanzione also stresses the importance of large data sets, or "big data," in the future, saying big data represents a conglomeration of problems and technologies people will need to solve in all areas of life in coming years.

“There has been an explosion of data in science, as well as outside of science,” Stanzione said

Sanchez said big data has the potential to become central to decision-making in multiple fields, including business analytics and healthcare.

“I feel we’re moving into an era where no decision will be made without petabytes of information behind it,” Sanchez said.

At the helm of TACC, Stanzione has an expansive plan for growing TACC’s technology and ubiquity.

“My main goal is to diversify what we do,” Stanzione said of his concept for TACC’s future.

Stanzione’s plans for the close future include expanding staffing, launching Wrangler next January, creating event space for public exhibitions, and opening up a new building that will include more meeting areas for groups of scientists and engineers utilizing TACC resources in their work.