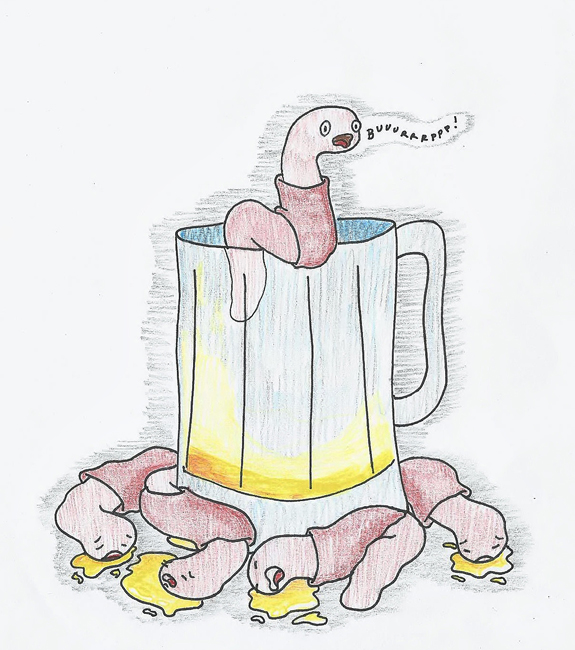 Neuroscience researchers at the University reported they successfully prevented mutant worms from becoming intoxicated by alcohol in “The Journal of Neuroscience” in July.

“We are developing our own drugs to target the BK channel, with the hope that some of them may help people overcome alcohol addiction,” Scott Davis, graduate student and lead author of the paper, said.

Although the worms used in the study have provided valuable information for the team because they model intoxication well, they are not ideal candidates for studying other areas of alcohol addiction, such as cravings and tolerance. Davis said he hopes other labs would create an equivalent mutation in a mouse, because mice are ideal in allowing the researchers to understand the relationship between the BK channel and other symptoms.

The research took four years to complete as researchers found the mutation, engineered the human protein into the worm and performed the physiology experiment. Neuroscience professor Jon Pierce-Shimomura, who worked with Davis on the study, said the research could lead to the development of pharmaceutical drugs that prevent intoxication.

“These results provide promising evidence that this portion of the channel may be targeted in the future with drugs to prevent alcohol from having an effect on the BK channel in humans,” Pierce-Shimomura said.

Although the researchers are hopeful that their findings will be valuable to pharmaceuticals, Davis said researchers have much more to do before this will happen.

“You have to keep in mind, there are still other proteins involved in the behavioral effects of alcohol, so many more studies need to be done to study the effects of this mutation in a mammalian system,” Davis said. “However, if a drug that solely targeted the BK channel turns out to be effective, an optimistic model could be 10 years to get through clinical development.”

The mutation discovered does not disrupt any of the BK channel’s other functions and only affects its response to alcohol.