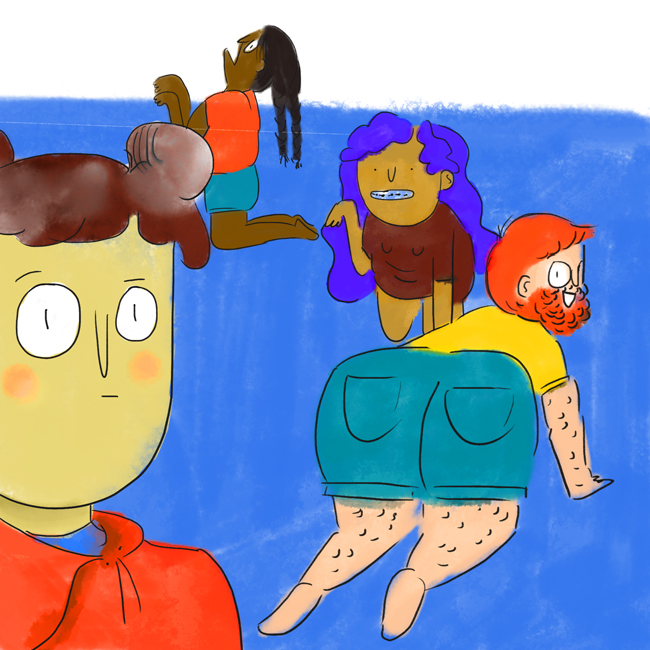 Walking on all fours is not “backward evolution,” according to new research from UT anthropologist Liza Shapiro.

Five siblings in a family from a remote corner of Turkey have a condition called Uner Tan syndrome, causing them to walk using both their hands and feet. Since their discovery by the scientific community in 2005, scientists have debated the nature of their disability. Speculation that they represent backward evolution became the primary explanation.

The quadrupedal family was made famous by the 2006 BBC documentary “The Family That Walks On All Fours.” Shapiro said they have adapted to a medical condition and do not represent an example of “backwards evolution.”

In a study published online this month in “PLOS One,” Shapiro said she discredited those claims by disproving the assumption that those with the syndrome walk with a primate-like gait.

“There had been no actual quantitative, biomechanically based data on the gait type, despite the repeated claims that they walked like primates,” Shapiro said in an email. “The main point of the study was to address the previous claims that individuals with Uner Tan syndrome walked quadrupedally in the way primates do, with diagonal sequence/diagonal couplets gait.”

Characterized by a loss of balance, cognitive impairment and quadrupedalism, Uner Tan syndrome is named after the evolutionary biologist who first discovered the family, Uner Tan of Cukurova University in Turkey. He theorized that the syndrome suggested a backward step in evolution.

“I suddenly realized they were exhibiting the walking style of our ape-like ancestors.” Tan told NeuroQuantology.  “I was the scientist who first suggested the existence of reverse evolution in human beings.”

Shapiro and her fellow researchers analyzed 518 walking strides from several videos of individuals with various forms of Uner Tan syndrome, including footage from the documentary on the family. The scientists then compared these walking strides to those of healthy adults who were asked to walk on all fours in a laboratory.

According to the findings, 98 percent of humans walked in a lateral sequence when asked to walk on all fours — meaning they put a foot down and then a hand on the same side and then repeat the sequence on the other side, like healthy adults asked to walk on all fours do. Apes and nonhuman primates put a foot down on one side and then a hand down on the other side, continuing the pattern as they move along.

"In the paper, we discuss how the choice of gaits in humans, or in animals, can be explained biomechanically on the basis of limb lengths and proportions," Shapiro said.

Although the family walks on all fours, Shapiro said they walk the way a normal adult would if asked to walk on all fours.