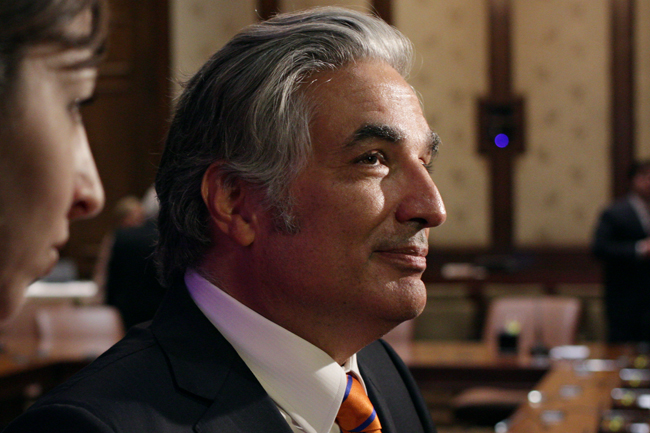 The UT System Board of Regents has scheduled a meeting via telephone on Tuesday to discuss the search for Chancellor Francisco Cigarroa’s replacement.

According to the meeting agenda, the regents will discuss “individual personnel matters related to the Chancellor search, including possible naming of finalist or finalists” in closed session.

Reporting to the regents, the chancellor works as the head executive of the System and is responsible for all of its operations.

Earlier in July, an unnamed source close to the System confirmed Naval Adm. William McRaven and Richard Fisher, president and CEO of the Federal Reserve Bank of Dallas, were among the finalists.

McRaven, who oversaw the operation resulting in the death of Osama bin Laden, is scheduled to leave his position as U.S. special operations commander in August. Fisher has said he is planning on retiring in April 2015.

A UT graduate, McRaven was on campus in May to deliver the spring commencement address, which has garnered attention online, receiving more than 2 million views on YouTube.

Fisher, who unsuccessfully ran for a U.S. Senate seat in 1993, has served on the UT Investment Management Company Board of Directors.

In February, Cigarroa announced his resignation and plans to return to practicing medicine at UT Health Science Center at San Antonio, but said he would remain chancellor until the regents select his replacement. After Cigarroa’s announcement, board Chairman Paul Foster said he planned for Cigarroa’s successor to be selected before the start of the fall semester.