Researchers build device that resembles the hearing of a fly 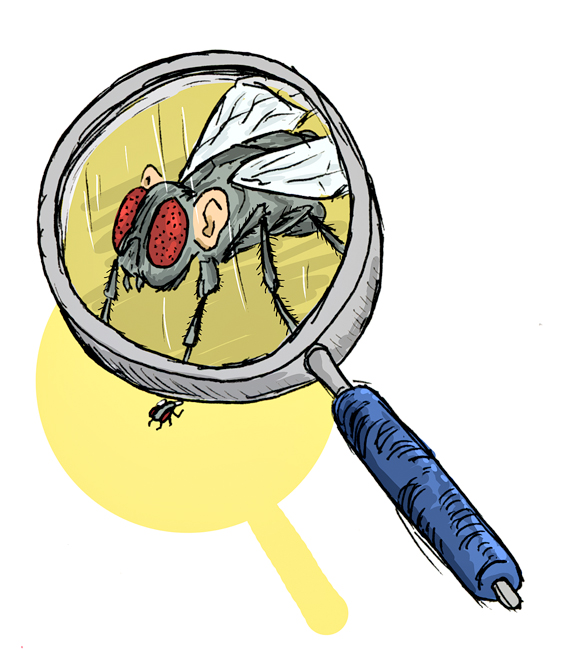 Researchers at the Cockrell School of Engineering have designed and built a new sound-receiving device that imitates the hearing of a fly and could improve the lives of millions of people with hearing loss, according to the researchers.

The 2-millimeter device is made of silicon electromechanical materials and resembles a tiny seesaw. This “seesaw” works by responding to differences in sound pressure, said Neal Hall, assistant professor in the Department of Electrical and Computer Engineering and project leader.

“As sound travels across this seesaw mechanism, it hits one side a split second before the other,” Hall said. ”That small difference is able to put the seesaw into motion.”

The tilt of the “seesaw” is then converted into electrical signals that tell researchers which direction the sound is coming from. This is the same technique used by flies to locate crickets.

Twenty years ago, researchers at Binghamton University and Cornell University, seeking to solve the mystery of flies’ fine-tuned directional hearing, discovered the technique.

Hall’s research was funded by the Defense Advanced Research Projects Agency, a branch of the United States Department of Defense. The agency is interested in using the research to determine the direction of sniper fire in combat zones, according to Hall. The small size of the device would allow it to be carried easily on the battlefield, Hall said.

This device can also vastly improve the function of hearing aids. Current hearing aids work like conventional sound-receiving devices, indiscriminately converting all received sounds into electrical signals that are then heard by the wearer. This can be very loud and annoying when the wearer is trying to listen to a particular person in a crowded public place, Hall said. The device would allow the wearer to only receive sound coming from a certain direction and would cancel out all other background noise.

“What the fly teaches us to do is create a microphone that is inherently directional, and this is a big advantage in hearing aids,” Hall said.

This project was a collaboration between Hall and graduate engineering students Michael Kuntzman, Donghwan Kim and Nishshanka Hewa-Kasakarage.