How to live on a student budget at UT 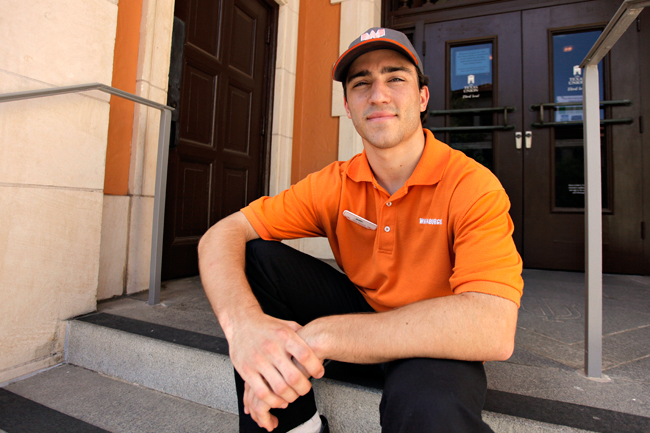 Making annual plans to survive on a ramen noodle, futon mattress, cheap thrills budget may be the biggest college cliche of all, but year after year it is something students tend to do incorrectly, especially at large urban universities like UT.

At the Office of Student Financial Services, communications coordinator Jaime Brown talks to students and parents about financial aid and budgeting during the school year.

“Understanding expenses is something that is very important because they [students] might not have a grasp on what the entire picture is,” Brown said. “They know tuition and they know they need to pay for where they’re going to live and books, but they might not think of anything else that they need. That’s the operative word: need.”

As an example, Brown said that while many students may consider a car to be a need, this mode of transportation
would is a privilege or a want. Cars require extra attention and costs, which ultimately creates a distraction for the student. Brown said the same argument applies to housing.

“Sometimes we have students that want to choose the high rise apartment with all of the amenities to live a comfortable life,” Brown said. “What might be a lot more cost efficient would be to find a place that would cost them just what they need.”

The desire for luxuries draws the line between wants and needs. While some students manage a budget with a car and high rise apartment, one of the most common student “splurges” is food.

Alexis Hill, a textile and apparels design sophomore, faced budgeting issues with food during this past school year while she lived on campus at Jester West.

“For the first semester I did well,” Hill said. “But for the second semester, I definitely found myself spending more than I should have.”

Students who live on campus are given 1,500 dine-in dollars for the long session. While the figure appears to be enough, students like Hill overshoot their budgets and end up with limited funds at the end of the second semester.

Not all students live on campus, and not all students run out of funds before the semester is over. Aerospace engineering junior Justin Paul found a way to successfully manage his budget while living off campus.

“I prioritize with the largest costs, like school and rent,” Paul said. “Then I estimate how much I will spend on extraneous and frivolous things. I make sure I have enough money for food. I plan as much as I can because you can’t waste any time planning. All planning is good.”

By prioritizing costs and taking Brown’s “wants versus needs” argument into consideration, budgeting during the school year becomes much more manageable in one of the most expensive cities
in Texas.

“College is the time to go out and get experiences with new things, but stop to think about what you’re spending your money on,” Hill said. “You do want to go out and you do want to have fun, and you should. But, at the same time, you really need to be careful with your money.”