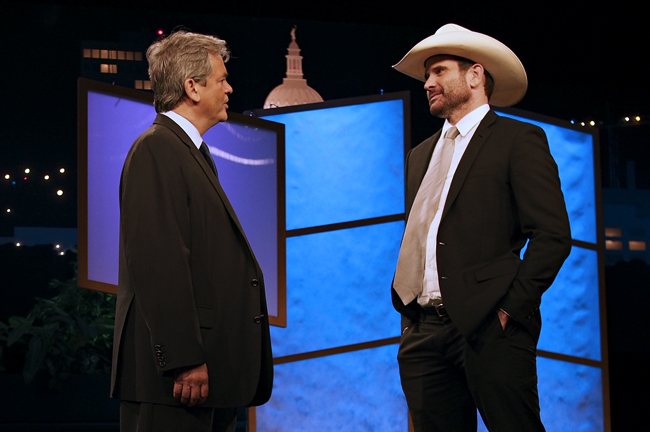 Candidates Todd Phelps, Mike Martinez, Randall Stevens, Sheryl Cole and Steve Adler are running in the first election held under the new 10-ONE system, a plan approved by voters in 2012. The system will expand the city council from seven to 10 members to represent 10 individual geographic districts encompassing the city, in addition to the mayor, which will be voted on in a citywide election.

Mike Martinez, current council member and chair of the Capital Metro Board of Directors, said he would support Proposition 1 as mayor. Proposition 1, as it appears on the ballot, is a proposal for a $600 million rail bond to install an urban rail line in the city from East Riverside to ACC-Highland, passing through the UT campus. The money cannot be used unless the Federal Transit Administration matches funding, and the city garners another $400 million for additional road projects.

“Public transportation is a key component of affordability and helping the middle class in our community,” Martinez said. “I believe there is not a perfect solution for congestion, but we have to start somewhere.”

Todd Phelps disagreed with Martinez’s reasoning and said if the proposition passed it would only benefit a small percentage of the population.

“Even if they can ‘Criss-Angel-mind-freak’ it to the voters, it doesn’t matter if you get 40,000 riders,” Phelps said. “We’re pushing out four times that [amount of] Austinites of all cultures because they can’t afford to live here any longer. As someone who grew up here, I understand the soul of Austin — and that’s the people.”

Sheryl Cole, mayor pro tem and mayoral candidate,  said the proposal is expensive, but stressed that it would address problems throughout Austin.

“I fully recognize that Austinites are concerned about affordability, but there are also concerns about traffic, so we have to give them an option of how to deal with that,” Cole said. “The ballot proposal contemplates $600 million for rail and $400 million for roads. Roads are imperative to present a comprehensive package, and that is why it was important to put something before the voters that would help with congestion.”

During urban rail’s planning, some citizens and students advocated putting the line along Guadalupe Street and Lamar Boulevard. According to Cole, Guadalupe and Lamar were not suggested as rail corridors because a citizen’s committee did not recommend it.

Cameron Lagrone, a public affairs graduate student who attended the debate, said she understood the traffic system more after moving from Northwest Austin to the campus area.

“I’ve lived in Austin for about a year and a half,” Lagrone said. “I heard there were a lot of candidates for mayor, and it was nice to see it narrowed down and get to know what they’re about. I just wanted to figure out what they were all into.”

Maggie Moore, a community and regional planning graduate student, said she thought some candidates provided more valuable responses than others.

“The focus on transportation was really great,” Moore said. “Proposition 1 — I’m totally for. I’m a planning student, so the idea that they’re voting on right now is super exciting because it’s just the first part of a big plan. … I was glad to see which candidates were against it because they’re not in a field I would go for.”

The debate will be aired on KLRU at 8 p.m. Thursday and simulcast on KUT.