‘The Big Ticket’ sales down compared to LASP 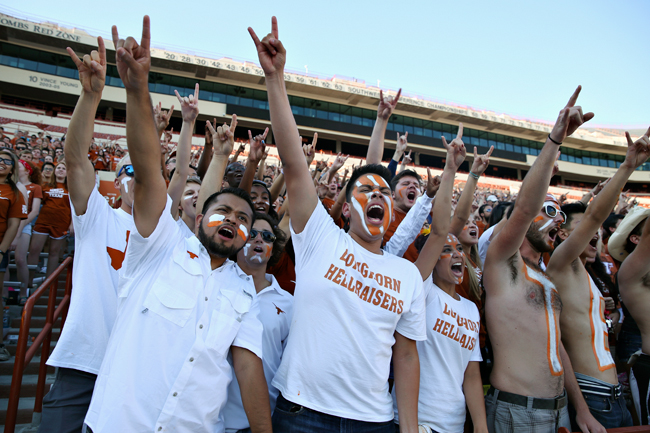 With one day before the start of UT’s 2014 football season, sales of “The Big Ticket,” the University’s new, higher-priced ticketing plan, are down in comparison to the previous plan’s total sales last year.

The Big Ticket gives students tickets to all sporting events available to University students. The ticket replaced the Longhorn All-Sports Package this fall and costs $175, compared to the $80 LASP.

In past years, UT athletics has sold tickets as the LASP, which students could purchase during class registration. Hank said the switch to the Big Ticket is a response to a new federal law by the U.S. Department of Education that prohibits tying sales to registration.

According to UT spokesman Kevin Almasy, optional fees, such as the LASP, risk being in violation with guidelines set by the Federal Student Aid and Parent PLUS loan.

“We couldn’t, by federal law, administer or tie the tickets to the registration process anymore,” Hank said. “Once that happened, we had to develop a new product and sell it in a new way. It was entirely due to federal regulation changes.”

Economics junior Giovanni Nunez said he considered buying the Big Ticket, but the $175 ticket, plus the $20 transaction fee, was too high of a price.

“I’m a big sports fan, and UT-Austin is really big on sports,” Nunez said. “But, to be honest, the main reason is because I didn’t have enough money. I already owe a lot of money to the University.”

Marketing junior Jenny Zheng said she prefers the cheaper price, but the Big Ticket price is comparable to the prices of other universities. According to their ticket sales websites, Texas A&M University’s student ticket package costs $290, and the University of Oklahoma’s costs $215 for just football and basketball tickets.

“So, from that kind of perspective, I guess it’s pretty fair since other schools also do this,” Zheng said.

According to Hank, the purchasing methods were combined to make the process more streamlined and efficient.

Zheng said she decided to buy the Big Ticket because she loves UT sporting events, but she wishes there was an option to buy only football tickets. She said she found the purchasing process more straightforward this year. The Big Ticket could be purchased directly from the ticket sales website and she said it made buying with groups less complicated.

“I’m kind of mixed,” Zheng said. “It costs so much more than last year, but I felt it was easier to figure out.”