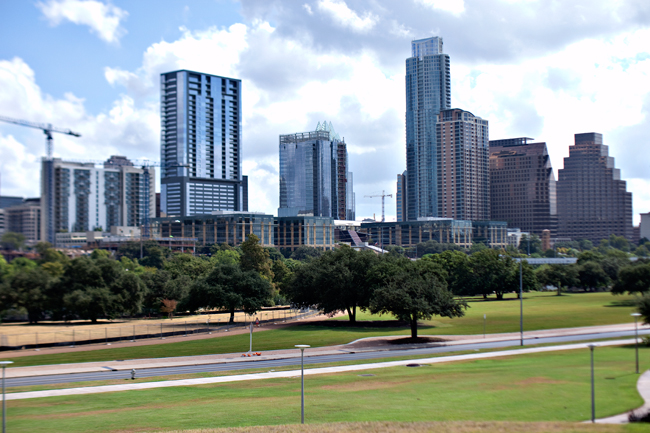 The continued controversies stemming from Austin’s rapid growth have most recently made themselves apparent in the city’s ongoing land-use debates. The fate of two plots of land, Auditorium Shores and the surrounding land, as well an underdeveloped 75-acre tract near Bull Creek Road and West 45th Street, is being disputed between developers, nearby residents, and the city. In typical Austin fashion, the attention fueling these disputes is overwrought and unnecessary.

In the case of the tract near Bull Creek, the state of Texas is selling land that it no longer finds necessary to keep. There are no conditions set by the state for the sale of the land. Its use will be determined by the city of Austin as it determines zoning laws for the tract. Auditorium Shores, Butler Park, and the areas around them were the subject of a study funded by C3 Presents for future long-term development options.

Though Austin claims to be, and generally, is more progressive than the rest of Texas, it can’t shake its conservative underpinnings. In issues regarding development and land-use, the city has occasionally been slow to fix problems, the chief example being I-35. This is a trend that the city needs to buck to keep up with rapid population expansion. Population growth doesn’t stop while the city ponders what course of action comes next. The Auditorium Shores area and the land near Bull Creek are emblematic of this. Austin has increasingly had good politicians that are actively interested in making sure the city grows correctly and intelligently. Councilmen aren’t particularly compelled to make bad decisions that could cost them reelection. Accordingly there shouldn’t be a high intensity affair that narrows the scope of the city’s focus. While the fate of the area near Bull Creek is debated, the city will continue to face other urban development problems that need attention and solutions.

The controversy surrounding Auditorium Shores and the area around it makes even less sense. In the case of the land near Bull Creek, there are many potential options with no clear front-runner that could impact the area differently. Some sort of moderate residence input is justified. C3 Presents paid Tur Partners to develop several ideas for the use and development of Town Lake Metropolitan Park and the options are really useful. Tur produced a number of interesting  long-term options that would make the area better for the city, including an underground parking lot that would help ease the general problem of parking in Austin as well as eliminating the need for a less sightly above ground garage that’s currently in the area. Additionally, the garage could become something more aesthetic and serve different needs of the city. Though the underground garage has critics due to it’s high price-tag at $35,000 a space, a similar project has served the city of Houston well at its Discovery Green Park. Other ideas include a pedestrian bridge across the portion of Riverside Drive that cuts through the park. This is particularly apt because it covers the concerns of residents who have tried to shut the road down by providing a safe passage between both sides while keeping a road that is useful in easing traffic flow on nearby roads open.

At least one of the executives at Tur played a part in Millennium Park’s development in Chicago where C3 Presents hosted Lollapalooza. The park hasn’t been developed into a venue for C3 events like some Austin residents fear will happen with the Auditorium Shores area. A revamped area would serve C3’s interests, but not necessarily at the expense of a cultural space for people. These concerns also don’t make much sense, because C3 can only hold so many large-scale events that require the park per year. They already put on Austin City Limits Festival and the Austin Food and Wine Festival. Demand for large-scale events seems to be finite since people don’t have the time or money to continually show up in droves for festivals. Millennium Park wasn’t made primarily into an events space either.

Everything Tur does probably isn’t perfect and might not be needed by the city. Regardless, Tur’s proposals don’t need to be the source of political battles and debates by overly concerned citizens. They’re not bad ideas, and if there are blatantly bad ones, the Austin City Council will notice them, and the citizens should speak up. The park issues currently stirring Austinites are not issues that warrant the attention they’ve been getting. The collective proposals are expensive, but the city likely won’t need all of them, and they are ultimately the cost of a better Austin.

Breland is a Plan II senior from Houston.