Georgetown Professor of the Year comes to Texas 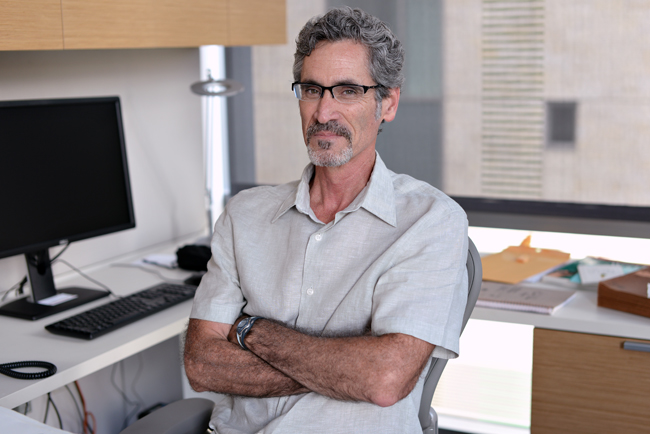 After a 21-year career at Georgetown University and being named the University’s 2014 Professor of the Year, geography professor Timothy Beach began his UT teaching career this fall.

The award process at Georgetown is decided by the student body. Once a professor receives a significant amount of student nominations, they are put on a ballot, which is then voted on by the student body. Beach said he was honored to be nominated alongside some of the best educators he’s worked with.

Beach said he made it a point to meet and remember all of the students he taught at Georgetown. When asked about how and if he will change his teaching style, Beach made it clear that even though his class sizes will most likely be larger at UT than they were at Georgetown — where a large class was around 60 people — he believes he will continue to practice teaching at a more personal level.

Beach said, although it’s easy to get excited about one’s own research and higher level aspects of a subject, his job as a teacher is not to put on a show, but rather to help students become as passionate as he is.

Despite knowing he was leaving the following semester, Beach said he did not let his teaching suffer.

Beach said his philosophy behind his consistency is to keep momentum going during a transition, so it will be easier to pick up where it was left off.

Sheryl Luzzadder-Beach, UT Department of Geography and the Environment chair and Beach’s wife, said she is proud to welcome such a well respected educator and researcher to the geography department at UT.

“[Beach’s] honor verifies my expectation that we hire the very best educators and researchers in the [department] at UT,” Luzzadder-Beach said. “His award is a recognition long overdue for someone who was among Georgetown’s very best teachers for the past two decades, whose classes grew from a handful of students to having dozens on the waitlists.”

Another one of Beach’s new colleagues, meteorology professor Troy Kimmel, said he believes Beach will be a great fit at UT.

“[Beach] will round out the department,” Kimmel said.

Although Beach enjoyed his time at Georgetown, he said he looks forward to utilizing the resources UT has to offer.