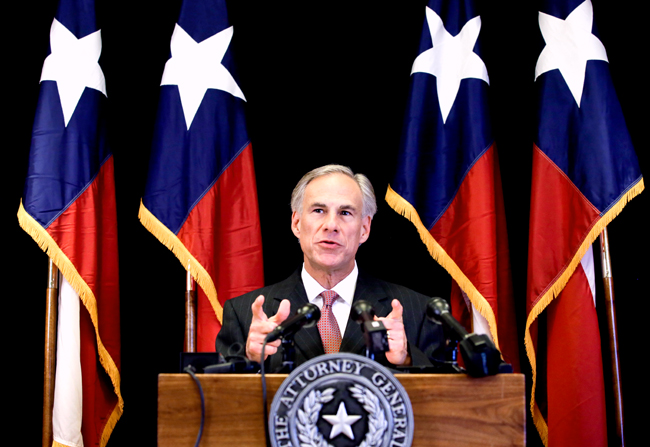 Last week, Attorney General Greg Abbott unveiled his higher education reform plan. Part of Abbott’s larger education plan, “Educating Texans,” the proposal calls for expanding the use of online courses and tying school funding to performance, essentially aiming to turn universities into degree factories. In announcing his goals, Abbott feigned concern for the financial welfare of students as the cost of a college education continues to soar. But his plan would mainly benefit the state financially and could, in fact, be academically detrimental to students.

The Republican gubernatorial candidate outlined many ways to decrease the cost of a degree. One recommendation was to allow students enrolled at four-year universities to take massive open online courses, or MOOCs, for credit. These courses would be much cheaper than if they were taken in a traditional classroom setting. Of course, the state has a vested interest in the increase in the use of MOOCs. In 2012, the University of Texas System invested $5 million in edX, a collaborative MOOC service between Harvard University, the Massachusetts Institute of Technology and the University of California at Berkeley. But while the System, an extension of the state government, would gain, students taking these online courses would lose out on the tools that help those who are not yet college-ready succeed academically. Even with advances in educational technology, the use of MOOCs on a massive scale would deprive students enrolled at four-year institutions of the benefits of face-to-face tutoring, academic advising and office hours with an instructor. With an average completion rate of around 5 percent, MOOCs implemented for course credit on a large scale could also counteract efforts to increase graduation rates.

Abbott intends to increase the number of students who graduate in four years through the use of outcomes-based funding. This model would link a certain percentage of funding from the Legislature to school performance, meaning that schools that do not meet certain thresholds would not receive that portion of funding. The problem with this model is that it traps schools in a perpetual cycle that ultimately harms students. Abbott’s plan makes no mention of methods to fix any current problems in existing administrative systems that could prevent certain institutions from meeting any arbitrary standards of performance. Because an underperforming institution would continue to underperform with less funding, the Legislature first must remedy certain issues so that all institutions are judged on a fair plane.

Abbott’s plan, though well-intentioned, fails to put the primary focus on students. Along with the System’s interest in recouping the money it has invested in MOOCs, using funding as a threat does little to actually enhance the quality of education for students.