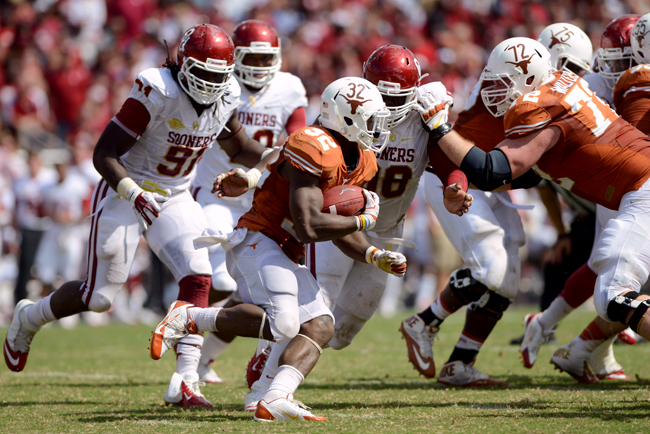 Continuing its domination of college sports and college football, in particular, the SEC placed five of its 14 teams in top-15 range of AP’s ranking this weekend. Highlighted by Alabama at No. 3, Auburn at No. 5, Texas A&M at No. 6 and LSU at No. 8, SEC teams also tallied 10 wins this weekend and just three losses — two of the losses dealt by rivals within the conference. The most poignant loss came Saturday, when Florida beat Kentucky 36-30 in triple overtime. Kentucky redshirt freshman Austin MacGinnis completed consecutive game-tying field goals before the Wildcats fell short.

“We wouldn’t even be in those overtimes if he didn’t make it,” Kentucky head coach Mark Stoops said. “I take my hat off to him. He was clutch. He made some very difficult kicks. I’m proud of him.”

Stoops said he never expected the team to lose the match.

Oklahoma, who downed Tennessee 34-10, was the lone outsider to beat an SEC team this week. The Sooners maintained their lead throughout the game, allowing the Volunteers just one touchdown in the second quarter and a field goal in the third quarter. Still undefeated, No. 4 Oklahoma faces West Virginia on Saturday. Sophomore running back Keith Ford, Oklahoma’s leading rusher, will miss the game after sustaining a “slight fracture in a non weight-bearing bone in his ankle” against Tennessee, ESPN reported.

Rushing for 194 yards and five touchdowns this season, Ford has dominated the Sooner offense. He also clocks in at No. 3 among receivers on the team with 100 yards.

“You hand the ball off to [Ford], and he’s going to get yards for you,” Sooners quarterback Trevor Knight said. “He’s such a physical back and just sees the field so well.”

Ford is expected to miss two to three weeks, a timetable that would ensure he’s eligible just in time for the Texas vs OU Red River Rivalry on Oct. 11.

At the Texas-UCLA Advocare Cowboys Showdown, one of the 60,479 fans fell 12-15 feet over a railing in level 100, dropping into a field-level suite at AT&T Stadium. The man was conscious when medical care arrived and transferred him to a Fort Worth Hospital, according to Lt. Lee Tovar, a spokesman for Arlington Fire Department. Sunday, Tovar said the man was reported in critical condition in an intensive care unit, but, by Monday morning, his status improved to “good condition.” The cause of his fall was unknown.

Also injured at AT&T Stadium that night, UCLA starting quarterback Brett Hundley left the game in the first quarter with a left elbow injury. In response, UCLA head coach Jim Mora said he’s “not going to tell anybody anything until kickoff versus Arizona State. Nobody. Nothing.” Fox Sports’ Bruce Feldman tweeted Sunday morning that Hundley was diagnosed with slight hyperextension of his left elbow and is expected to be cleared by the end of the week. Hundley should have time to recover, as the Bruins, who rose to No. 10 in the USA Today ranking after the 20-17 victory against Texas, take their bye week this week before facing Arizona State in Tempe on Sept. 25.