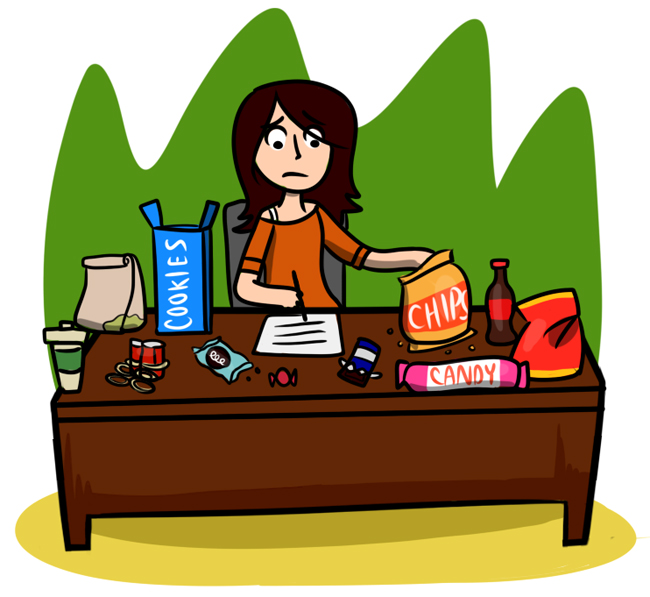 Of all the myths that strike fear into incoming freshmen — hours of dry textbook reading, choosing the wrong major, ending up with a homicidal roommate — none inspire more terror than the dreaded “Freshman 15.”

Fortunately, studies have found that reports of a “Freshman 15” are grossly exaggerated.

An analysis averaging across several studies found that students only gain about five pounds, though, unsurprisingly, there isn’t much consistency between said studies. Varying factors can have significant impacts on the final numbers.

Procedurally, these experiments are easy to conduct. In September, take the weight of several freshmen — the more the better — and then weigh them again in May and compare the two numbers.

The problem is that not all of the subjects return in May. More often than not, it’s because they gained more weight than they expected to.

The results show that the subjects generally gain 1.6 to 8.8 pounds over the course of their freshmen year, meaning that many students probably overestimate the amount of weight that freshmen gain. Could the true average be as high as 15 pounds? Probably not, but it’s possible.

There are plenty of diets that offer promises of miraculous weight loss, but they’re often ineffective in the long term and can be potentially dangerous. There aren’t shortcuts to health. Staying active and eating healthy are the best bets for keeping weight gain in check. Participating in fun activities, such as basketball and dancing, can burn calories and help students lead a consistently healthy lifestyle. Similarly, the best diet is one that’s not a chore to stick to. A recent study found that there’s no real difference in effectiveness between specific diet plans, as long as they’re low in fat or carbohydrates. In 2010, Mark Haub, nutrition professor at Kansas State University, lost 27 pounds on a 10-week diet consisting mostly of Twinkies and other nutritional no-no’s. The only catch was that he never consumed more than 1,800 calories in a given day. Not only did he lose weight, but his bad cholesterol count went down, and his good cholesterol count
went up.

Haub does not endorse this diet as a long term solution. He simply used it to show that foods are not inherently “healthy” or “unhealthy.” Junk food has a place in a balanced diet, and there’s nothing wrong with a trip to Chipotle or a late night ice cream study session, as long as it’s done in moderation.

Obsessing over weight, however, can be dangerous. College-aged students, both male and female, are at a high risk for eating disorders. According to the National Association of Anorexia Nervosa and Associated Disorders, over one half of teenage girls and about a third of teenage boys control their weight using unhealthy behaviors, such as skipping meals and fasting.

The “Freshman 15” is most likely a myth that encourages unhealthy attitudes about weight gain. To remain healthy, stay active while maintaining good eating habits. Remember, there’s no shame in asking for extra crush’ns at Amy’s Ice Cream.