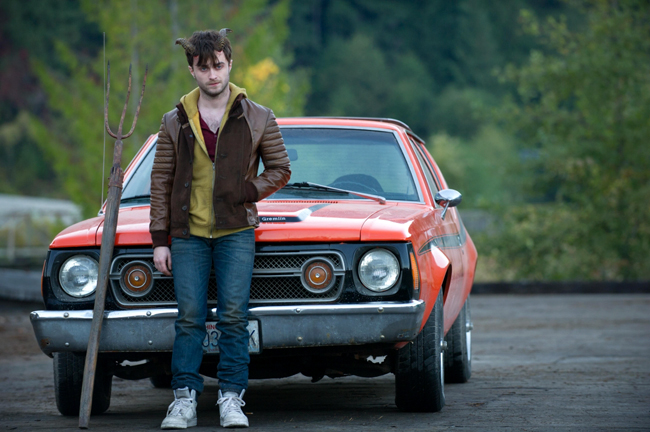 Film fanatics are gearing up for Austin’s annual Fantastic Fest, a week-long event at the new Alamo Drafthouse location at South Lamar Boulevard. A can’t-miss event for movie enthusiasts, especially those who adore the horror genre, the festival promises to bring a fair amount of features, shorts and other special events to Austin movie lovers, as well as attract big name stars and other important figures in the film industry. Here is a list of a few of The Daily Texan’s most anticipated films. The festival runs until Sept. 25.

A follow-up to the ambitious cult classic, “ABCs of Death 2” features an anthology of the most creepy shorts ever imagined, each separated by a letter of the alphabet. Helmed by 27 different directors, the film offers several unique takes on the horror genre and promises to shock and gross out as many viewers as possible.

Directed by the legendary Kevin Smith, “Tusk” is a horror dramedy about a podcaster who is kidnapped by a man for nefarious purposes. “Tusk” is the director’s first film since the 2011 release of “Red State” and has received admiring reviews from critics since its premiere at the Toronto International Film Festival. The film stars Michael Parks, Justin Long, Haley Joel Osment and Johnny Depp.

After Dr. Victor Reed manages to clone the first human being, he faces a strong backlash about the moral and ethical consequences of his discovery. Directed by Billy Senese, the film seeks to explore the ethics of such a decision and challenges the viewer’s own sense of what can be considered moral.

Keanu Reeves returns to action flicks after the critical and commercial failure that was “47 Ronin.” In “John Wick,” Reeves portrays a former hit man on the run from a former ally, who has been assigned to murder him. Promising to be a pulse-pounding thriller, the film also stars Bridget Moynahan, Willem Dafoe and
Jason Isaacs.

After a man named Ig is accused of murdering his girlfriend, he wakes to discover horns growing on the sides of his heads. Soon after, he realizes that he possesses incredible, sinister powers. Desperate to discover who actually killed his love, Ig becomes seduced by darkness and begins to use his new powers to his advantage. Starring Daniel Radcliffe, “Horns” both examines and combines the fantasy, drama and mystery genres and tells an interesting tale of love
and horror.

When a Boy Scout troop convenes for their yearly camping trip, the scouts become frightened by the legend of a murderous, feral boy that roams the forest. Assured by the troop leaders that the tales are false, one scout begins to see evidence there may, in fact, be some truth to the legend. Belgian director Jonas Govaerts’ feature debut, “Cub” seems to embrace extreme, graphic horror and bleak humor to tell a story of a terrifying trip into
the woods.

Starring Jake Gyllenhaal as a desperate crime journalist, “Nightcrawler” delves into a world where people rush to document mayhem for profit. Influenced by classical noir films and containing a strong, moody atmosphere, the movie teases intense action along with thrilling surprises for
the audience.