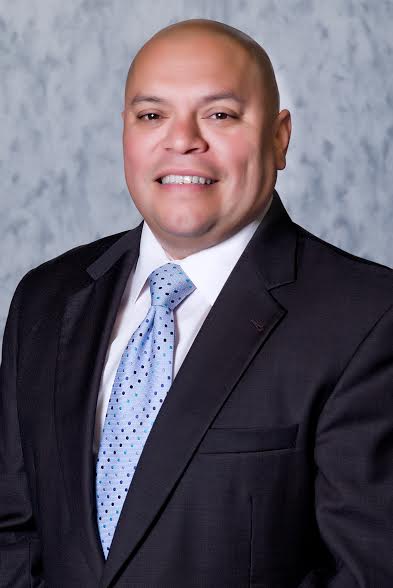 Editor’s Note: In the run-up to the November election for mayor, the Texan will be running Q-and-A’s with the candidates. Voting is open only to those registered to vote in Austin and registration continues through Oct. 6. Early voting starts Oct. 20 and ends Oct. 31. Election Day is Nov. 4.

Daily Texan: So what made you decide to run for mayor?

Mike Martinez: I’ve served this community for 22 years. I started out as an Austin firefighter, I spent 13 years in the fire department, led the Austin Firefighters Association as its president in the last three years of my career, and then some community folks came to me and said we think you should run for city council. It was an open seat, at the time I told them I thought they were crazy, I would never quit being a firefighter, it’s one of the greatest professions in the world and I loved what I did. But I thought about it, and two weeks later I decided to run for city council and I daresay it’s been the best decision that I’ve ever made in terms of my professional career. You know, I think that experience matters, I think that my service as a firefighter and as a council member speak to the knowledge that I have of how government works, how it can benefit those who need it the most.

DT: So if elected mayor, what specifically would you do for UT students?

MM: I think there are quite honestly two things that affect you all the most: transportation, public transportation and affordability. Can you rent an apartment and live here and go to school and study without having to work 40-60 hours a week if you don’t want to. Transportation: I’ve chaired Capital Metro. In 2010 I took over as chairman. The agency was on the brink of being dissolved by the state legislature. We were given 19 state-law mandated marching orders to implement by 2016. We were also told, at that time our reserves had gone down to about $7 million, we were also told, bring your reserves up to $36 million by 2016. I took over as chairman, and by 2013 we implemented every recommendation, and they weren’t easy. It wasn’t ‘paint your busses blue.’ It was serious structural changes. And at the end of this year we will have $102 million in financial reserves so that we now can take this next step of asking you all, whether or not you would consider urban rail. I promise you that urban rail, we would not even be able to have a discussion about urban rail had we not turned the agency around and shored up its finances. We’ve done that, and it’s a testament to the leadership style I brought to the board, but also to our president, CEO, and other board members, I don’t do this alone, but without public transit in Austin, can you imagine what the city would be like? As it relates to affordability: it’s not just about keeping things cheap. If you’ve watched the things we’ve championed in office, I’ve fought to ensure things like the minimum wage are increased, whenever and wherever I can impart that at a city rule, $11 an hour is the minimum. I’ve also begun a study this year that says, what is the new living wage for Austin? Because the living wage of $11 an hour started in 2003 when I was president of the Austin firefighters, so we’re basing today’s living wage on a 10 year old study. We need a new study that says, what is the new living wage for an Austinite today? Is it 13, 14, 15 dollars an hour? Because that’s going to impact affordability. That’s going to help those folks that are out there struggling to make ends meet have a little bit more of an opportunity.

DT: You’re familiar with the contention about the chosen rail route. A lot of people want the Lamar, Guadalupe corridor. Why is the Central, Eastside corridor the right choice?

MM: There’s a couple of things, I want Lamar as well.  The Federal government just gave us $38 million for Bus Rapid Transit in the Lamar corridor. We have to take those precious dollars and use them wisely. If we were to started a conversation to plan now rail on a corridor where they just gave us $38 million, conventional wisdom was we would not qualify for federal matching grants because we misspent their $38 million by putting BRT and immediately going for rail along the same corridor. The other issue with the alignment has to do with a study on future growth and where that growth will occur. As you see the Airport boulevard corridor transition, as Highland mall transitions, we know exponentially that that is where future growth is going to be. Density already exists on the Lamar/Guadalupe corridor. Density is here on West Campus. We know that if we stuck a rail line on that corridor, it would be wildly successful. But we just put BRT there, and we had to pick an alignment that makes us the most competitive we can be for receiving that federal match.

DT: How certain are you that you’re going to get matching funds for the corridor that’s being proposed?

MM: We’re not. We’re certain based on what we know, what we’ve been told by FTA to make ourselves as competitive as possible. The assurances that we’re giving you all, the voters, the bond covenant, which is the legal binding agreement between the city and the citizens, the bond covenant will explicitly state if we do not receive a one to one match, we will not spend a penny of your taxpayer dollars on urban rail.

DT: Anything else you want UT students to know?

MM: Like many UT students, I came here to make a better life for myself and I fell in love with the city. Unlike many UT students I didn’t have the same opportunities. I wasn’t raised in a family that had the financial means to support me through college, so I started attending UT at the age of 40 because it’s a personal goal. I’ve lived two dreams of a lifetime: I got to be a firefighter; I got to be a Council Member.  I have a beautiful family, two boys. I don’t necessarily need to finish but I want to because it’s that important to me. It’s important to set an example for my boys. So I guess the commonalities between us, we’re trying to make better lives for ourselves. Get a better education. Love the city that we’re in and be a part of it. Most UT students fall in love with Austin and don’t leave.