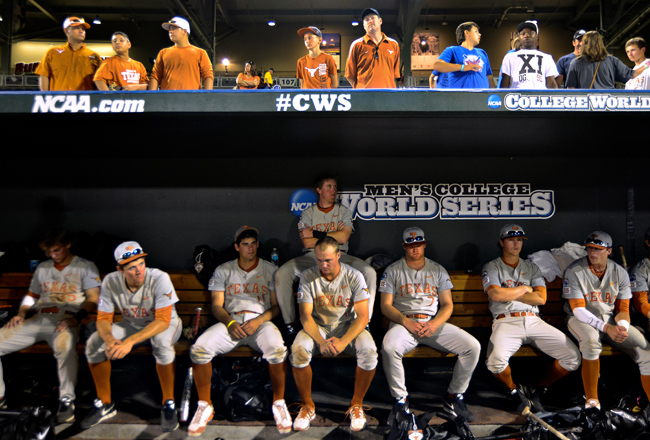 Last season, Texas came within one game of advancing to the College World Series final, and it hasn’t been easy to forget.

In June, Vanderbilt, the eventual national champion, captured a 10th-inning walk-off infield single to end the Longhorns’ hope of a sixth national championship. But, as fall practice begins this season, Texas will look to start its season strong.

“I don’t think there’s much of a hangover effect,” French said. “I think it’s more guys are just hungry. We all have a common goal, we know what that is. We got a little bit of taste of success last year, but we’re not done, and we want more, and I think that’s the biggest thing.”

The Longhorns know they must work hard in order to repeat last season’s success.

“The first day is exciting, but there is a lot of hard work to be done, so we’re ready to get after it,” senior outfielder Collin Shaw said.

Last year’s team was built on a basis of solidarity, which helped the group make a deep run into the postseason. With the addition of 15 freshmen, however, the upperclassmen must show leadership and unify the team — a  process Texas is taking day-by-day.

Texas isn’t worried about added pressure or expectations this year. Instead, Garrido said the team is focused on the task at hand, with thoughts of last season’s bitter end still in their heads.

“I’m not over [the World Series loss] yet,” Garrido said. “I don’t want to get over it. I want to be motivated by it. I’m excited to get us started.”

Although the season doesn’t start until February, Texas hopes to start eliminating its shortcomings now. Falling short last year may be the motivation the Longhorns need.

“Like anything — whether it’s a failure or a success — you can use that for the future,” French said. “You can learn from anything … so, we’ll use those experiences moving forward.”