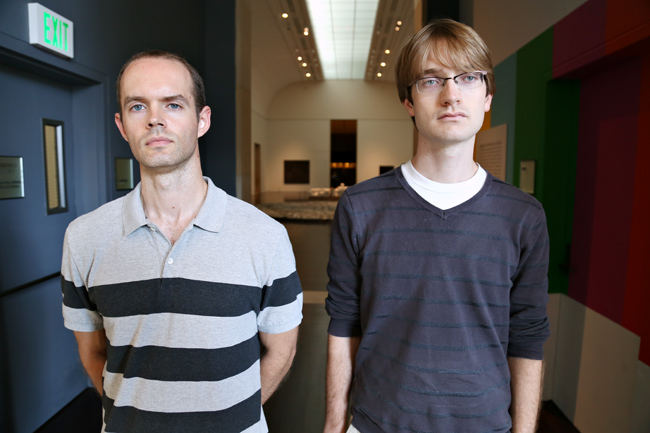 In the atrium of the Blanton Museum of Art, students from the Butler School of Music gathered to find something inspiring. Each of the students then composed a personal composition in response to the piece of art that stood out to them the most. The result is the Midday Music Series.

On Tuesday, students from the Butler School of Music will showcase the products of their interpretations to the public as part of the Blanton’s Midday Music Series. The compositions are all based on artworks currently on display in the museum.

“We’re lucky enough that they’ve written new pieces about works in our collection,” said Adam Bennett, manager of public programs at the Blanton. “We did a project like this last year, [and] there was so much interest that it couldn’t be contained within just one program. It’s sort of an extension and a sequel to that program.”

The creative process for the event began at the end of the last spring semester with an open tour of the Blanton for composition students who were interested in the concept. The students were told to choose an art piece that stood out to them.

“The title, ‘Night of Light,’ is pretty evocative,” Clinton said. “Basically, I just thought, first of all, it was really striking. What could it be, this little light in the distance?”

“The idea, it’s so stripped down in a way,” Sachse said. “It’s just drops of paint that fall down. I really liked the idea of doing a piece that’s based on a descending kind
of theme.”

Prosser also found something inspiring in the minimalist techniques used by the artist.

“The piece is kind of quirky,” Prosser said. “It has melodies that come back [and] can represent different colors of the painting — greens, yellows [and] reds.”

Bennett hopes the Midday Music Series and other similar events that the museum hosts can get people to think of the museum as not only a place that houses art but as an active and creative space.

“The museum isn’t just a warehouse where we store creative things that happened 100 years ago but where creativity happens live in the moment, and I think the music and art connections is a great way to demonstrate that,” Bennett said.

The performances are included with admission prices and are free for museum members, UT students, faculty and staff. Clinton hopes his composition will change the way the audience looks at the artwork he is interpreting.

“That they view the painting differently, that there might be a story behind it and that it might be different from the one they’ve seen,” Clinton said. “That it inspires
somebody else.”