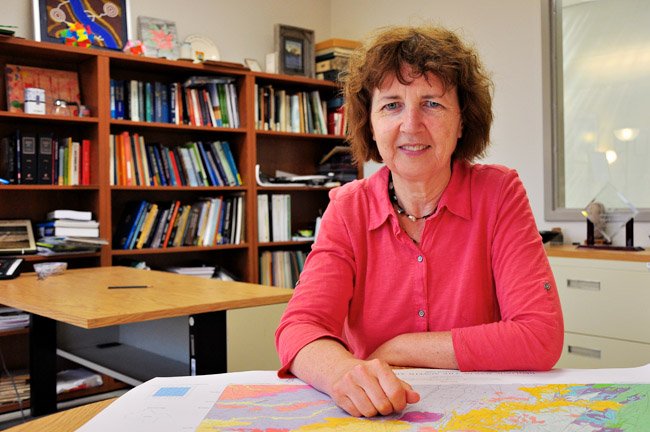 A study led by a UT researcher found that the amount of water used for unconventional gas and oil production, such as hydraulic fracturing, is about the same as is used for conventional production.

The study, published on Sept. 18 online in the “Environmental Science & Technology Journal,” was led by Bridget Scanlon, senior research scientist in the Jackson School of Geosciences.

Scanlon said she decided to conduct the study to answer existing questions about the vulnerability of unconventional gas and oil production because of water shortages and the use of hydraulic fracturing.

“There is a concern about using water, especially in times of drought,” said Kristine Uhlman, research engineering/scientist associate. “With this research, people can understand that the method for generating energy is not necessarily what’s causing more water use.”

Scanlon said the results of this study could be used in future economic and policy studies about environmental impacts of unconventional energy production. She said the research was based on a well-by-well analysis of water use in hydraulic fracturing and used a number of different databases.

“The difference is not how much water is used, but when it is used,” Uhlman said.

Uhlman said that this study could provide people with a better understanding of the relationship between water and energy.