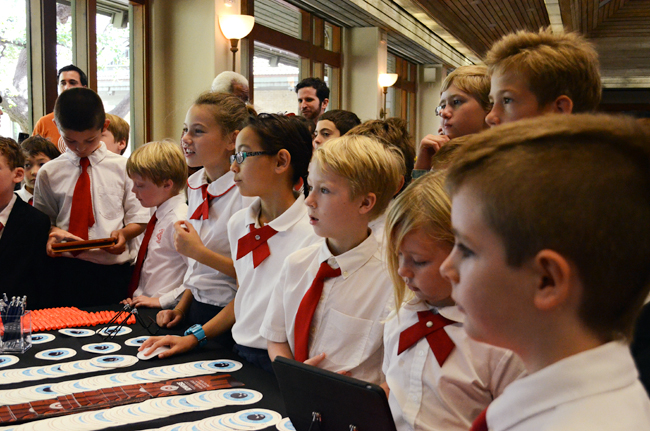 The UT Center for Identity launched a new program at the Etter-Harbin Alumni Center on Tuesday intended to combat the growing threat of identity theft.

Brenda Berkelaar, communication studies assistant professor, said the center and the program, called IDWise, provide tools for consumers to protect themselves from identity theft, a crime of which 20 percent of Americans are victims.

“What we want to do is make sure the research and the teaching and the things that are happening at the University actually make it out to the consumers who are impacted by [identity theft],” Berkelaar said.

Anna Griffin, communications coordinator at the Center for Identity, said the project is meant to help the groups that are most susceptible to identity theft — including older adults, children, small businesses, veterans and active-service men and women.

State Comptroller Susan Combs said, as the chief financial officer of the state, she understands how serious a problem identity theft is to the average consumer. According to Combs, the average consumer will pay $1,409 every time their identity is stolen. Together, she said, the total economic impact is in the billions.

“The Department of Justice tried to add up and figure what the financial losses were, and they said, if you aggregate direct and indirect costs of identity theft, you’re looking at about $24.7 billion,” Combs said.

U.S. Rep. John Carter said he has been working to combat identity theft since his first days in Washington D.C., when he was a member of the House Judiciary Committee. He said even though members of the committee knew that identity theft was a growing problem, there was nothing they could do about it.

Joe McGlynn, communication studies graduate student, said there are many ways to protect your identity, and they should be taken seriously.

“[You should] change the way you think about your identity,” McGlynn said. “Anytime anyone asks you for a personal piece of information, understand that you’re giving away an important, valuable asset.”