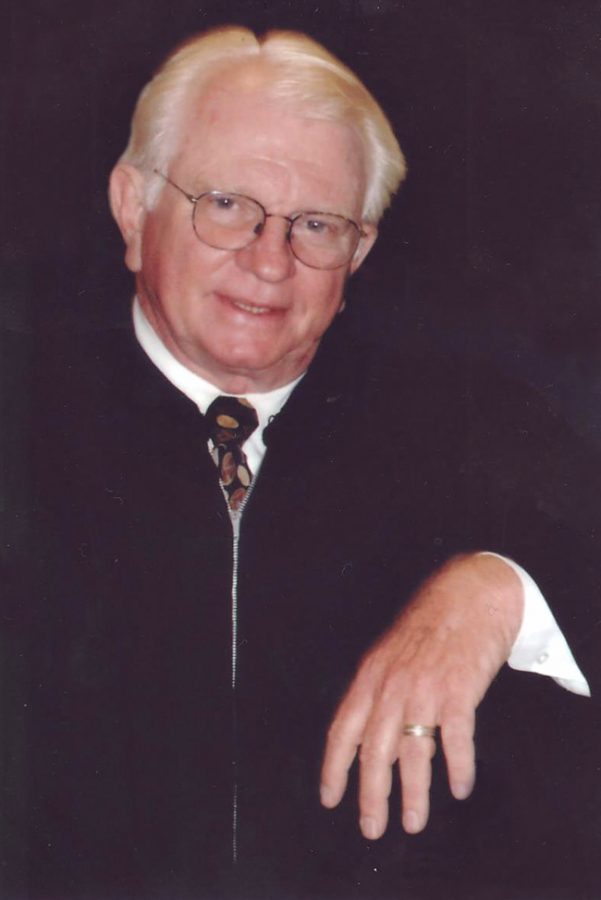 Harley Clark, the innovator of the "Hook ‘em Horns" hand sign, died Thursday morning at the age of 78, after fighting pancreatic cancer since February.

Clark graduated from Austin High School in 1952 and received three degrees from UT — bachelor's and master's degrees in government and a law degree in 1962. In addition to serving as the head cheerleader, Clark was student body president from 1957-1958 and was a member of the Cowboys, Tejas Club and the Friars.

After he graduated from the UT School of Law, Clark became a partner in the firm Byrd, Davis, Eisenberg & Clark.

In 1977, Gov. Dolph Briscoe appointed Clark to serve as a state district judge. Five years later, his fellow district judges selected him to serve as their local administrative judge. Among his decisions, he ruled in the 1987 Edgewood ISD v. Kirby case that the state's public school financing system was unconstitutional. While an appeals court reversed the decision, the Texas Supreme Court later agreed the system was unconstitutional.

But it was in 1955 when Clark introduced the "Hook ‘em Horns" sign, which he had learned from his classmate H.K. Pitts, as a cheerleader at a pep rally before a football game against Texas Christian University.

Cari Clark, Harley’s eldest daughter, said although a huge part of her father’s legacy is the invention of the sign, he didn’t make a big deal about it.

"My dad was modest about it,” Cari said. “It didn’t really become prominent in our lives until the 50th anniversary in 2005. I think he often felt like he got more credit than he should have.”

According to Cari, her father’s liberal values stemmed from him being the student body president at a time when the University was going through a massive transformation.

“Dad said UT was really unprepared for the black students coming on campus,” Cari said. “I think that really shaped his liberalism, seeing how unfairly these kids were treated and how manipulative the Texas Legislature could be.”

Thomas Watkins, who began working with Clark in the late 1960s as a trial lawyer and who swore Clark in as a district judge, said while Clark’s invention of the hand sign has followed him everywhere he went, he wants Clark to be remembered for his great work as a judge, too.

“It’s hard to explain how your relationship with a sitting district judge is, but he always reminded me of my inadequacies and always with a grin and with a smile,” Watkins said. “I loved him dearly.”

Kenton Wilson, government senior and current president of Tejas, said the organization was upset to hear about Harley’s death and honored to be associated with him.

“One thing that stuck out to me was his passion for the University,” Wilson said. “He was here during '50s, and he still made an effort to meet the active members of Tejas and Cowboys.”

Clark also endowed the “Harley Clark Scholarship” to provide funds for the Student Government president to support the University after his death.

“This just speak speaks to how incredible of a person he was, and, obviously, him being student body president gives me a connection that I’m fond of and happy to have with him,” Student Government president Kori Rady said.

When not working, Cari said her father had a love for gardening and reading. After retirement, Clark worked full-time at Clark Farm, where he grew organic vegetables. Cari said she fondly remembers her father’s passion for gardening.

“I remember when he’d sell his organic vegetables to the first Whole Foods [Market],” Cari said. “He was very outdoorsy, liked to be outside and loved his garden. He liked to really understand something down to its essence.”

Clark is survived by his wife, Patti Clark, his four daughters, their husbands and his five grandchildren.