Longhorns look to bounce back from worst start since 1956 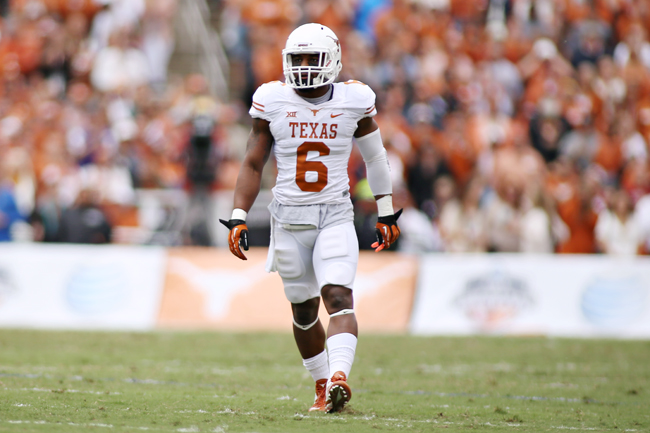 For only the third time in program history, the Longhorns have started the season with a 2-4 record — their worst start since going 1-5 in the first six games of 1956.

Despite the slow start, Texas isn’t proclaiming this year a lost season quite yet.

“I think it all starts with the mindset,” senior linebacker Jordan Hicks said. “First of the coaching staff, and then of the leaders on this football team. You know, we’ve got a lot of people that are not allowing this thing to go south.”

Although the final scores have not been working in the Longhorns’ favor, senior cornerback Quandre Diggs likes what he has been seeing week to week.

“Me being a senior, I understand that we are 2-4, but you can’t even be down because the way the team is going out and fighting,” Diggs said. “And you’ve seen it each and every week the way those guys compete their tail off in practice.”

In each of Texas’ three most recent losses, the Longhorns made critical mistakes at the most devastating times, ensuring defeat. Some of the players are confident that the team can win once it stops making costly errors.

“It hasn’t been a whole bunch of the other team beating us other than beating ourselves,” senior running back Malcolm Brown said.

In particular, special teams have been an area of concern for Texas. The Longhorns allowed a kickoff return this past weekend against Oklahoma and a blocked field goal that led to a touchdown against Baylor earlier this month. While the errors may have lost them a few games, Texas believes its 2-4 record doesn’t accurately reflect the talent on the team.

The Longhorns look to build off their confidence in their final six games, which could end up as challenging as the first six — three opponents remaining on the schedule are ranked inside the top 15 in the polls. Still, veterans such as Diggs believe the errors will be fixed, and Texas can finish the season strong.