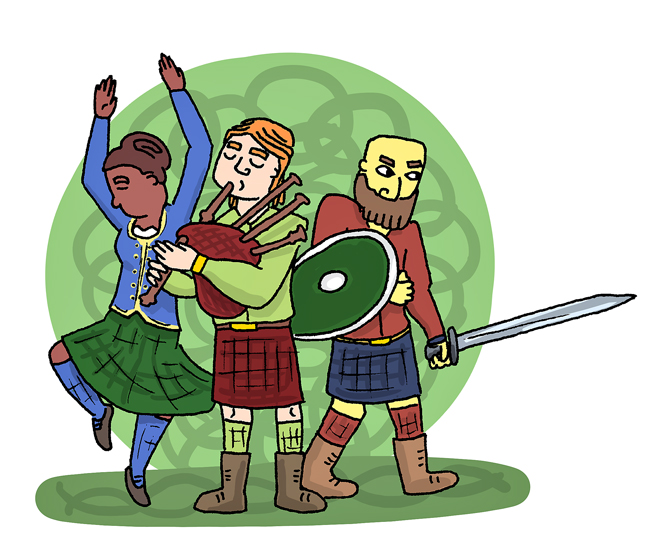 On the shores of Lady Bird Lake, Celtic history and culture come to life. Rows of Highland dancers in bright kilts take to the stage while vendors along the path sell everything from pastries to Scotch eggs. The air fills with the sounds of Irish fiddles and Scottish bagpipes. This is the Austin Celtic Festival.

The 18th annual Austin Celtic Festival will be held Saturday and Sunday at Fiesta Gardens near Lady Bird Lake. The festival will feature authentic Celtic music, dance, crafts and sports.

Funded in part by the City of Austin Cultural Arts Division, the festival is the largest gathering devoted to Celtic culture in Central Texas and seeks to celebrate and preserve Irish and Scottish history through the arts.

“Above all, I will say that, when the story of many nations are asked to be told, they will go to the library and pull down great books,” said Donnelle McKaskle, Austin Celtic Festival director. “But when the story of the Celts are told, we tend to go to the shelf and take down our fiddles.”

The Prodigals, an American band whose sound fuses punk music with traditional Celtic melodic elements, is among the musical groups playing at the festival.

“We meld those roots, which is what I and our guitarist grew up with, along with the wonderfully mad musical anarchy that is New York,” said Gregory Grene, the band’s frontman.

Grene said folk music has the power to make history and culture accessible to modern listeners.

“The music acquires the force of subversion,” Grene said. “And that power stays with the music, even after the politics behind it has changed.”

The festival will also feature historical reenactments, in which historians set up reconstructed artifacts and activities in a historically accurate manner so observers can have a vivid sense of what ancient life was like.

Texas Coritani, an Iron Age living history group based in Central Texas, will set up a Celtic campsite on festival grounds to educate festivalgoers about the life and history of ancient Celts.

“Our members, as living historians, assume the role of interpreters rather than actors,” Texas Coritani member Jeff Scharp said. “This affects our displays and interactions to be much more personal instead of being like a cold museum or store window.”

“We’ve narrowed our focus on a tribe in the East Midlands,” Scharp said. “It allows us to have an expert knowledge of time and place by having materials [and] items that go together, rather than a mish-mash of random Celt-ish stuff.”