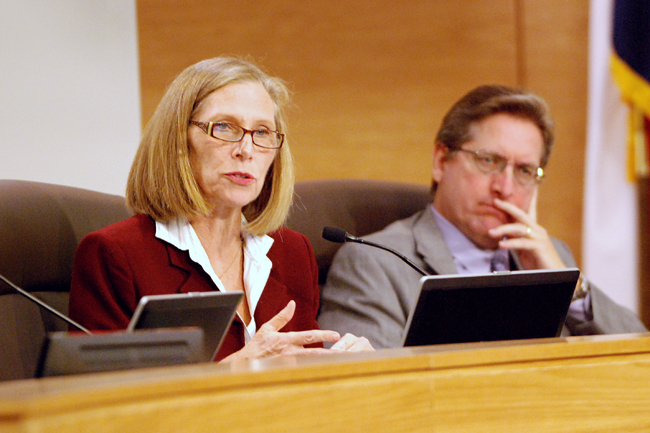 The Austin City Council approved an ordinance Thursday, in a 6-1 vote, to allow transportation network companies, or TNCs, to operate in the city. The ordinance will be in effect until August 2015.

The City Council, which has deliberated over the ordinance at its past two meeting, used Thursday’s third and final reading of the ordinance to fine-tune the language. Along with clarifying the language to ensure TNC drivers are covered by insurance whenever they log onto ride-sharing apps, the City Council also approved tweaks such as defining the 12-hour limit for TNC drivers. Council member Laura Morrison gave the lone “no” vote against the ordinance.

Following a proposal from Mayor Pro Tem Sheryl Cole, the City Council chose to adopt the Houston code of background checks, stating the TNC would provide the first background check, and the City would audit the report.

“We know them to be reliable,” Nakutis said. “We vetted our background check company, and we know the quality of the company that we use. Even with city background checks, we would still use our own.”

“We feel confident that SterlingBackCheck has the safest way to hire, and that’s why 90 percent of the drivers who apply are screened out of the platform,” Mims said. “The concern is that 75 percent of our drivers are driving less than 15 hours a week, and, if they have to go through the process of being screened by the city, there will be a delay and also may not incentivize them.”

Mims also clarified what Lyft and Uber’s outreach to underserved areas meant in terms of the ordinance.

“We were looking at areas that don’t have as much access to transit, and those tend to be in areas of lower socioeconomic class,” Mims said. “We wanted to increase outreach in areas that are socioeconomically underserved.”

Riley introduced an amendment that specified TNC drivers would not need to obtain a chauffeur’s permit.

“Some suggestions that staff have would still require a chauffeur’s permit of all TNCs’ drivers, even though [the] substance of the permit is covered by other provisions of this ordinance,” Riley said. “Going through that process separately would be redundant.”

Riley also proposed an amendment to clarify how transportation network companies would work with transportation to and from the airport. Perla Compton, Austin’s ground transportation manager, said TNCs are subject to fees just as taxis and buses are.

Compton said charging TNCs ground transportation fees for providing rides to and from the airport would be simple through an electronic system.

“Every ground transportation provider must apply and use a transponder that we sell,” Compton said. “We keep track of who enters the airport to drop off or there to pick up. We would have to register each vehicle into our system. If you already have a toll tag, we have a computer system that works with the number on that toll tag.”