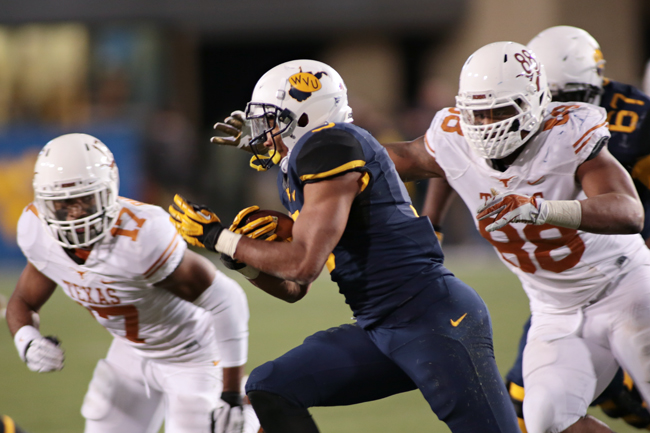 It appeared the defending champions were poised to fall Saturday. On fourth and goal at the Florida State 2-yard line, Everett Golson, Notre Dame’s senior quarterback, found sophomore wide receiver Corey Robinson for the go-ahead touchdown strike with 13 ticks on the clock.

Perhaps he was too open because the officials called an offensive pass interference on junior wide receiver C.J. Prosise, which moved the ball back 15 yards and forced the Irish to replay the down. Golson threw an interception in the end zone on the subsequent play, and the Seminoles survived 31-27 to extend their winning streak to 23 games.

Notre Dame head coach Brian Kelly did not agree with the official’s call after the game.

“We execute that play every day,” Kelly said “And we do it legally, and that’s the way we coach it. We don’t coach illegal plays.”

This win keeps the Seminoles right in the hunt for a spot in the College Football Playoff and was their best chance of being knocked off in the regular season.

The SEC continues to dominate the college football world and now lays claim to four teams in the top five of this week’s AP poll. Mississippi State remains at No. 1, and Ole Miss is still No. 3, but Alabama experienced some movement. The Alabama Crimson Tide moved up from No. 7 to No. 4 following their 59-0 rout of Texas A&M, while the Auburn Tigers moved up a spot to No. 5 after a couple of higher ranked teams lost.

All four of the SEC teams in the top five hail from the SEC West. Meanwhile, Georgia checks in at No. 9 this week, while LSU is back in the top 25 at No. 24. As dominant as the top of the SEC is, the bottom of the conference has been struggling.

Despite Georgia routing them at home last weekend 34-0, the Missouri Tigers bounced back to pulverize the Florida Gators, 42-13. With just under six minutes to play in the third quarter, the Tigers led 42-0 despite having less than 100 yards of total offense to that point.

West Virginia knocked off then No. 4 Baylor in Morgantown, West Virginia, 41-27, and climbed back into the top 25 at No. 22. The Mountaineers now control their own destiny in the conference title race and will host the two most difficult games left on their schedule.

TCU climbed to No. 10 in the AP poll this week after shellacking then No. 15 Oklahoma State, 42-9. The Horned Frogs bounced back after blowing a three-score lead to No. 5 Baylor a week ago.

The conference’s lone unbeaten team in conference play is No. 11 Kansas State, which defeated then No. 11 Oklahoma, 31-30, in Norman, Oklahoma, on Saturday. Usually reliable Sooner placekicker Michael Hunnicutt had a rough afternoon, converting only 1-of-3 field goal attempts.

Hunnicutt missed the go-ahead attempt from 19 yards out with under four minutes to play. Kansas State also blocked a PAT attempt that would have tied the game at 31.