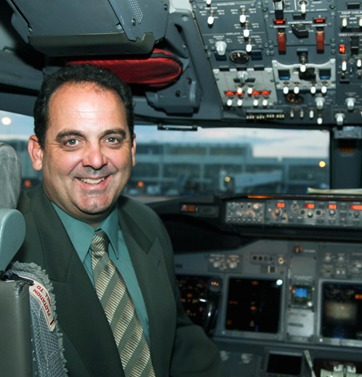 Photo courtesy of Randall Stephens for Mayor of Austin

Editor’s Note: In the run-up to the November election for mayor, the Texan has been running Q-and-A’s with the candidates. This is the last in our series. Early voting began Oct. 20 and ends Oct. 31. Election Day is Nov. 4. Students can vote on campus at the Flawn Academic Center. This interview has been condensed from its original length.

The Daily Texan: What are your views on transportation and urban rail?

Randall Stephens: … My wife works here at UT, and can take an hour and 15 minutes getting into work from Avery Ranch, and it’s only about 17 miles. I can beat that on my bicycle … What I fear is that very soon we’ll see …  a city where cars can’t flow, can’t move, pedestrians and bicycles weaving through them, and that can happen on our freeways …

The urban rail decision is going to cause problems that we don’t have today and don’t want in the future and those are going to cause east-west flow problems … The urban rail system they want to put in runs on the surface, and it will stop traffic every five to seven minutes at every street it crosses. The frequency at each station is planned for 10 minutes, for northbound and southbound trains … I don’t like anything about the Proposition 1 urban rail plan … That’s not going to solve any of our problems with the commute. It’s not going to take anyone off of our freeways … If you can’t elevate urban rail in a city, then you shouldn’t do it.

DT: What made you decide to run for mayor?

Stephens: I have certain skillsets and I want to serve. I see things for the way they are. I’ve been a problem solver for the past 35 years in my career. From my first five years in the Air Force, as a young sergeant, I’ve always stepped up into leadership roles. For me it’s just a natural thing to do. But you didn’t hear about me because I’m just a person in a big company. I worked 30 years for American Airlines, stepped up and managed workflow in an environment where you have people from every part of the planet working together for a common cause … Not everybody I worked with grew up speaking the same language I did or looked like I did, but because we listened to each other and worked together for a common goal, we’re a team. And this is what a community has to do. So I respect and understand people, and I listen to people … We love this town, it’s a wonderful place. I can’t think of a more exciting and interesting job than to be the mayor of this wonderful city …

DT: What do you think are the main issues students should be concerned with in this election and how does your campaign aim to solve these issues?

Stephens: Cost of living is very important to students … The cost of living is horrendous today. It’s gone up, we have these pressures, we’ve become an urban center now. We’re not a small Texas city anymore. Having more opportunities in housing will be something we need. We have to create that opportunity by creating an attractive investment for builders.

DT: What sets you apart from your opponents?

Stephens: I believe that this is a great opportunity for the voters of Austin to find someone who isn’t wedded to downtown money. I’ve setting myself apart as a person who absolutely isn’t going to speak to a lobbyist about a donation … It’s not about money; it’s an interactive age … I believe in people, and I believe we can inspire Austin to change for the better.