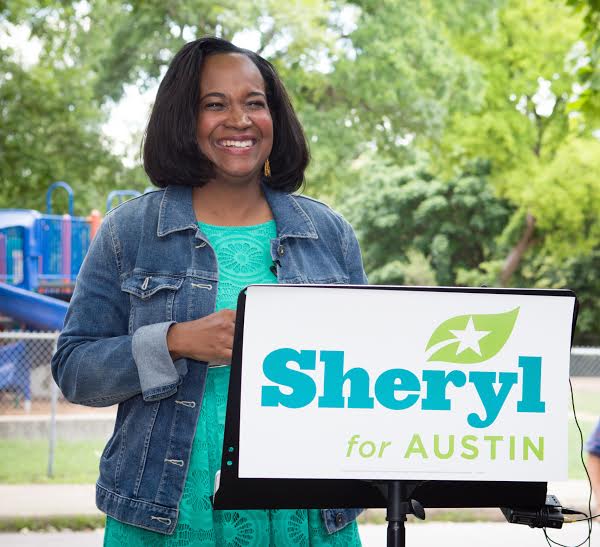 After countless years with a small, commission-style city government, Austin will elect 10 district city council members for the first time this November, a direct result of voters passing the 10-ONE redistricting plan two years ago. The “ONE” in that plan refers to the mayor, who will still be elected by the entire city. But the job will be far different come January because not only will Mayor Lee Leffingwell step down after two terms, but the chief executive will have to work with a city council that looks and acts radically different.

Between the top three candidates for mayor, civil rights attorney Steve Adler, Mayor Pro Tem Sheryl Cole and City Council Member Mike Martinez, the choice is abundantly clear for us. Cole possesses both the requisite experience and the needed temperament to be an effective and passionate mayor for all of Austin, including students.

While we certainly appreciate many of the big ideas Adler has brought to the table, this lawyer and philanthropist has no political experience whatsoever. In every election, but particularly in this special one, Austin needs a leader who does not need on-the-job training. We need a mayor who is familiar with the way this city does business. Unlike Houston, Austin does not have a strong mayor system. This means, despite what Adler may be suggesting, that the mayor cannot unilaterally change policies. The mayor would need to calmly and diligently work with the city council to do that.

Between Martinez and Cole, furthermore, we find the latter to be the clear choice. While we think Martinez has some good ideas as well, they appear both less refined and less realistic compared to his competitor. Martinez talks in broad platitudes about opposing the gentrification of East Austin, but his personal actions don’t always match his policy statements.

While we disagree with all three major candidates on Proposition 1, the urban rail issue, we think Cole has the most pragmatic take of the major candidates. At a debate hosted by UT Student Government and The Daily Texan on Monday evening, Cole talked somewhat frankly about what she would do if Proposition 1 does not pass — as many think it may very well not — saying she’d work to establish other modes of transportation. Whereas the other candidates would still be intent upon forcing unpopular boondoggles down Austinites’ throats, Cole would respect public sentiment and try to move forward working for a more manageable plan.

On transportation network companies, such as Uber and Lyft, we also found Cole to be a tempered voice of reason in a debate where simplistic sound bites and tribalistic loyalties led other council members to push for hasty and impulsive legalization without working out the big problems in equity and public safety. We still think the gouging tactics evident in Uber’s so-called “surge pricing” should be strongly curtailed.

But most of all, we think Cole could keep the most open mind for students’ interests. She has pushed for measures to increase the housing affordability for students, and she has even actively encouraged students to participate in the discussion about so-called “stealth dorms.”

All in all, Austin faces some good choices among the candidates to be its next mayor. We believe Cole is simply the best because she has strong experience in Austin city government, pragmatic capabilities and a genuine desire to help students. She’s the best option, for University students and for all of Austin.